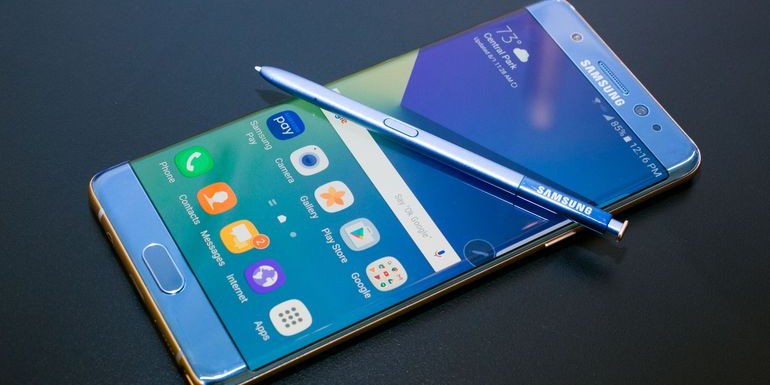 The joy of a smartphone lies in that it can perform basic and advanced computing functions in as fast as desired. This joy is ruined when the device starts to freeze from time to time. The problem is most frustrating when you have an important task to perform and the device becomes frozen and unresponsive.

The powerful Samsung Galaxy Note 8 is prone to this problem of freezing in spite of its solid build and great functionality. Some users have already complained of the device freezing occasionally. The frequency and severity of the malfunction varies. The removal of battery which happens to be one of the common solutions of solving phone freezing issues won’t work here since the Samsung galaxy note 8’s battery is non-removable. But there is no need to panic as we are going to consider some of the possible reasons for this malfunction and how to fix it.

This is one of the most common reasons why smartphones and computing devices freeze and become unresponsive. Once you start experiencing freezing, it may be time to critically look at your internal memory and how much of the space is occupied. If most of the space is occupied, you should consider cleaning up the device. You can start by uninstalling and deleting some apps that you do not use often as well as some apps that have alternative apps that can perform similar functions. You can also consider doing away with some heavy media files that are not so relevant. Freeing up some memory space should be the first step to take, and if doesn’t work, you can proceed to deleting bad apps.

This should be your next step if you are sure that the problem of freezing is not caused by lack of memory. A force reset does not lead to loss of data but will ensure that all opened apps are abruptly shut in an effort to repair any internal conflict that may be interfering with the smooth running of your device resources. To perform a simple and straightforward force reset, hold the Power key and Volume Down button simultaneously and wait until the phone reboots.

Once you are sure that the problem of freezing that your device is having has nothing to do with the memory space and a force reset does not solve the problem, the next place to look is third-party apps. There are so many apps with bug issues that can pose a lot of issues to your smartphone experience. Apart from heating up your device, another major issue ad apps can cause is freezing of the device. Though a powerful device, the Galaxy Note 8 is just as prone as other major smartphones to this problem.  You can start deleting apps from the last ones you installed and monitoring the performance of the device as you let go of each app. Once the problematic app is gone, your device should function optimally. If after deleting most thirty-party apps your Note 8 continues to freeze, then you can consider the next step.

If all the options above does not solve the problem of freezing in your device, then you may have to resort to hard resetting your device. This will remove all the data in your Note 8, so try and back up all the important files you have before this.

A factory reset should solve any problem of freezing, but if it doesn’t, it is time to contact Samsung.