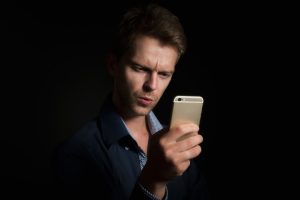 We are used to the fact that smartphone applications perform some useful function. However, some of them are frankly meaningless and ridiculous – they are created either for a joke or from idleness. And the main task of such apps is to save you from boredom. Read more on apppearl.

But the most strange and absurd programs are presented in this article.

An application for handling hands. We clicked on the bottle and got a portion of the sanitizer. You can compete with other users — for each click, the app awards one point and maintains a rating. The record holder of this application was not too lazy to click 43,210 times. Can you do more?

Just in case, the developers remind you that the app is a simulator.

The app is for those who are not afraid to take risks, love the excitement of competitions, and are friends with the absurd. You are required to throw your smartphone as high as you can. To catch the device or not — decide for yourself. S. M. T. H. (stands for Send Me to Heaven) is only interested in the height of the throw — the result remains in the rating.

A game for those who have absolutely nothing to do. The developers of this app suggest checking how patient you are. Hold down the button and the time report starts. The timer will stop when you release the button. To beat the current record, you need to hold the button for almost 86 hours.

Useless Button fully justifies its name. It’s just a red button that you can press. This button is not responsible for anything. Even the settings section here is just an inactive line in the drop-down menu.

If a meaningless button is not enough for you, try this app, which in reviews is called almost the best and most brilliant in the world. Click on the icon and the word Nothing appears on the screen. No sound or graphic effects. Just a word on a white background. Users note that the app helps them escape from the hustle and bustle of the world and understand themselves.

Still, the developers have put one secret in the app. If you are not interested in simple contemplation and need some activity, shake your smartphone. Nothing will surprise you as much as the result.

Perhaps the most unusual and fun app in this collection. After starting Boo! funny ink balls appear on the screen. They float on a colored background, blink, look around. Sometimes the boldest bubbles approach the surface of the display as if trying to see what is on the other side of the screen. Magic happens when you turn your smartphone so that the front camera catches your face. At this point, the balls make frightened eyes and rush in all directions.

By the way, there are no pre-recorded animations in the app. All movements and facial expressions of the balls are calculated using complex algorithms of physical simulations.

This app is suitable for those who for some reason cannot drink at parties. Thanks to the program, your smartphone turns into a glass filled with beer. Tilt the device, the glass is emptied.

This is a treadmill for your fingers. You move along the tape, wind up the speed and distance — just like on a real simulator. The developers claim that their app helps those who are engaged in creative work, work at a computer, or play musical instruments.

Binky is a pseudo-social network. Everything that happens here is generated by the app itself. Photos are random, comments are written automatically, and the share button doesn’t affect anything. There are no provocative posts, high-profile news, and sarcastic haters. You just scroll through the endless feed with funny and sometimes strange pictures. And your likes are scattered with bright fireworks in the form of stars.

An application for learning swear words in 68 languages of the world. You enter the desired word, and the program translates it into the languages built into Swearport. The app is loaded with audio files that voice all the words of the selected adverb. The accent and pronunciation follow the rules — the voice was recorded by native speakers.