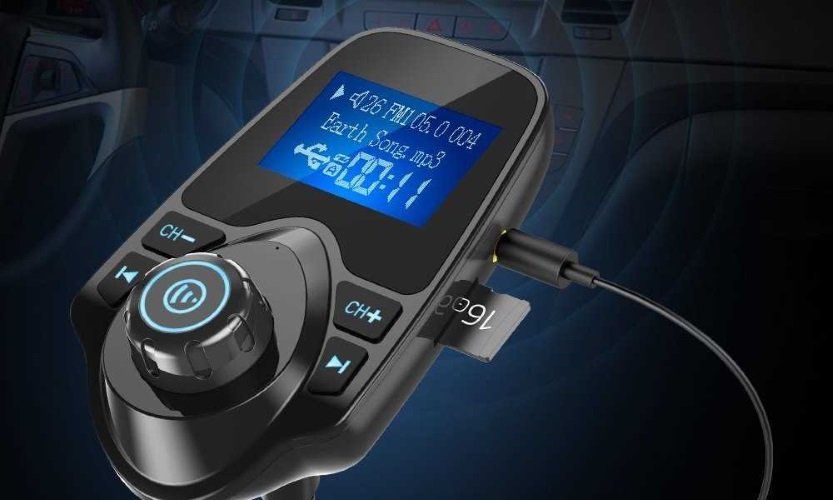 Despite coming at an inexpensive price, the Nulaxy Wireless Bluetooth transmitter is highly functional and has an aesthetically pleasing design to complement the décor of your car. Hence, if you want to take your conversations effortlessly on the road, this FM transmitter would help. 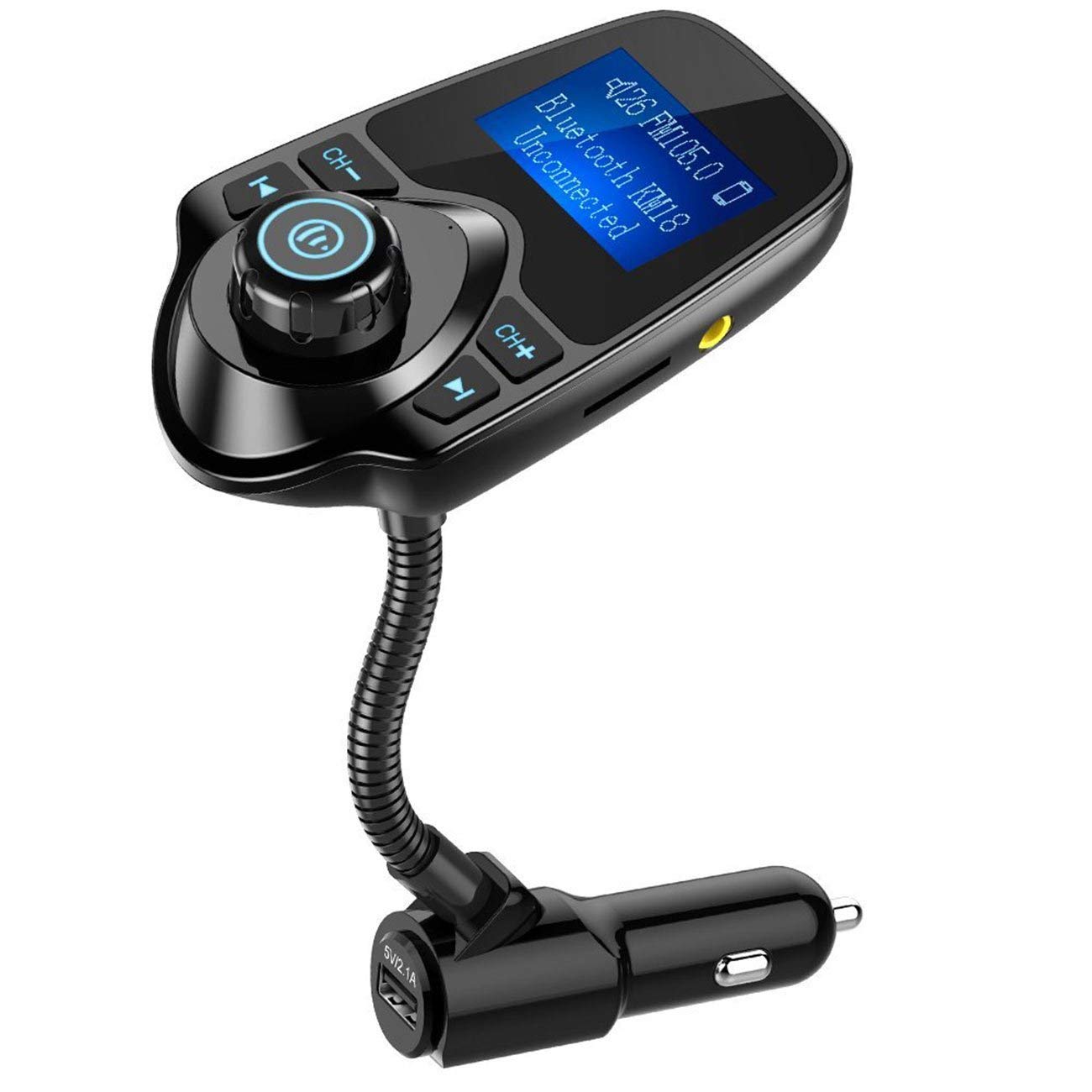 For a transmitter that is the best-selling on Amazon, Nulaxy has a plethora of features to justify its fame. Take, for instance, its wide-ranging Bluetooth compatibility, which means that whether you want to connect your laptop or tablet. It supports every Bluetooth-enabled device.

Also, in addition to the fact that it offers hands-free calling – Nulaxy comes with a built-in mic, Nulaxy uses a KM20 FM transmitter to spread noise-free sound through in your car. Add to it its noise cancellation technology and crystal clear sound quality, and Nulaxy seems to justify its best-seller reputation.

While its sound quality would mesmerize you, it is the display of the Nulaxy where it shows its real functionality. For, in contrast to cheap transmitters out there – which display small numbers which not everyone could read without glasses on, the Nulaxy has a huge 1.44” display, which allows you to read incoming calls’ numbers and names with ease.

And while you won’t notice it, the Nulaxy consumes less battery than most Bluetooth transmitters, thanks in no small part to its Sleep/Wake up Function. As the name implies, this function would automatically turn off the transmitter after a few minutes of inactivity, so that the transmitter doesn’t continue to draw power from your car’s battery.

Finally, if you are wondering, the battery of this transmitter won’t take an eternity to get back from dead. Instead, a mere 1.5 hour charge would get it back to hundred percent.

One area where we think Nulaxy could improve is that of its Bluetooth. For, while other transmitters are now using Bluetooth 4.1, it continues to use the same 3.0 version.

If you have an old car in need of a new transmitter to spice things up – or a new car whose Bluetooth transmitter doesn’t complement it, the Nulaxy, with its feature-set mentioned above, might prove to be a good choice despite its ridiculously low price tag.