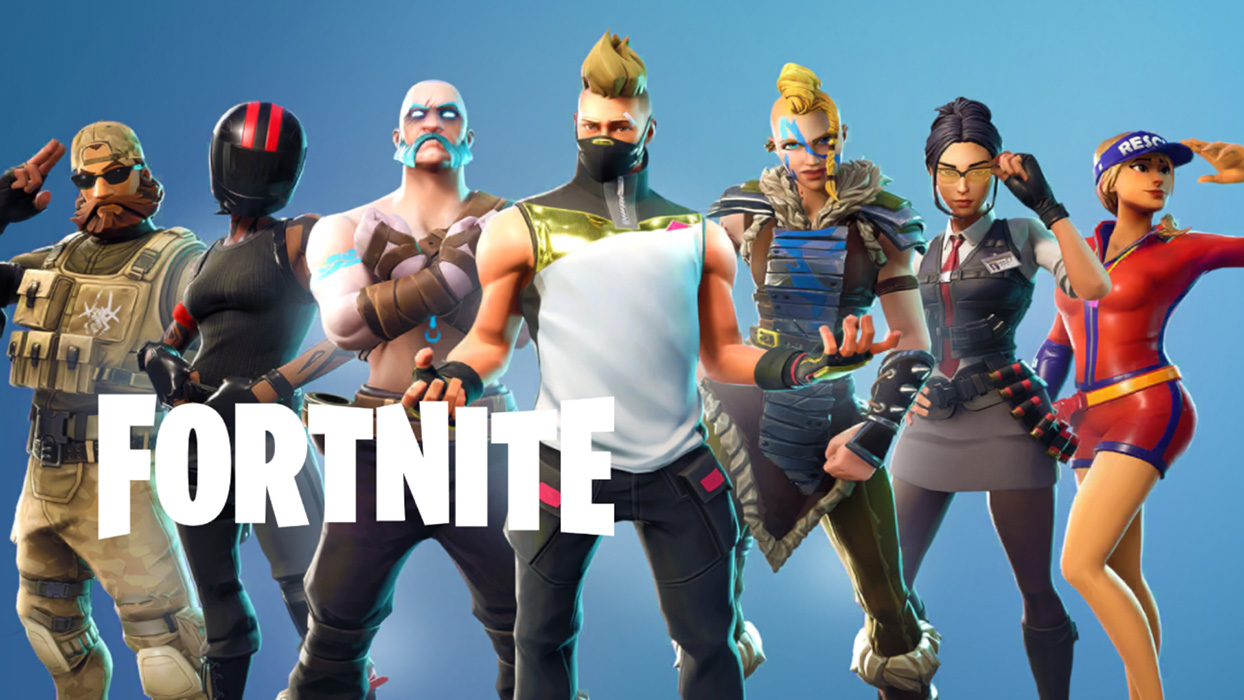 Fortnite: Battle Royale is the game seemingly everyone has been playing these past few months as it skyrocketed to the top of every possible most-played lists across a cadre of platforms including PC, PlayStation 4 and Xbox One. With the vast popularity of the game, expansion was the logical next step and mobile platforms were ripe for the taking. If you want to play Fortnite: Battle Royale on your Android or iOS device, here is how you can do that.

First off, the process for installing and playing Fortnite on iOS is rather simple; on Android, less so. This is due to the game not having been fully released on Android yet, making installation more complex and the list of supported devices a bit short. Considering the open nature of Android software, simply having a relatively recent and powerful phone or tablet with the latest OS updates isn’t necessarily enough to run Fortnite.

Due to the limited availability and complexity of installing and running the game on Android, we’ll start with iOS.

Fans who have iOS devices have been able to play Fortnite on the go since the 2nd of April, 2018. Installing and playing the game is quite the simple matter on this platform so you really shouldn’t bump into any difficulties.

Like any other official application for iOS devices, due to the closed nature of the system, Fortnite: Battle Royale will be found on the App Store. You can find it by via search, or by navigating to this link. 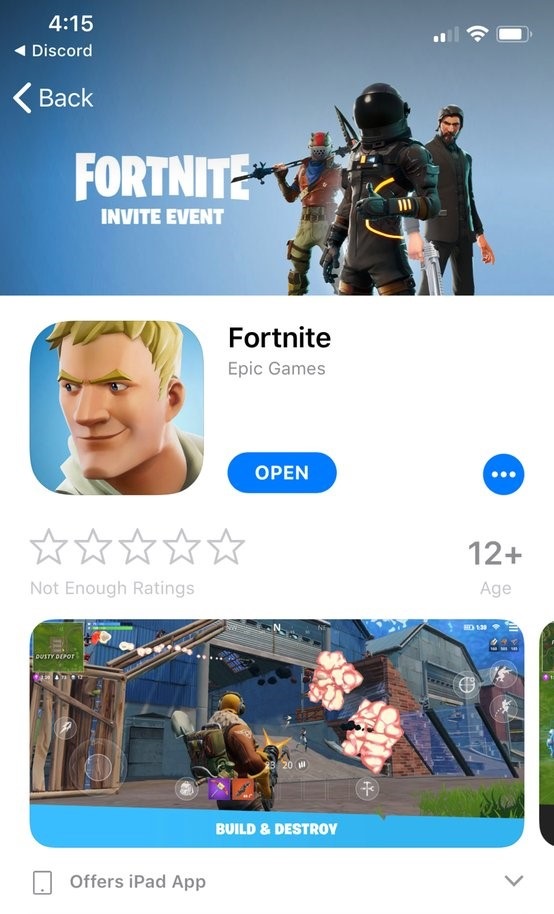 Here, on the app’s page, you’ll see the standard blue “Get” button, simply tap it and wait for the download. Once the download is complete, the game’s icon will appear on the first unfilled space on your home screen, from where you can launch it. Alternatively, if navigating back to its App Store page, you can use the blue “Open” button.

However, you also need to register an account to play the game. Since the iOS version has been fully released, this shouldn’t take too long either. By going to Epic Games’ official site here. You will need to fill in prompts asking for your country of residence, a valid e-mail address, your chosen username and password and your first and last names. To register, you also need to agree to the game’s TOS, and you have the option to sign up for a newsletter.

Once you have created your account, you can fire up the application. Since Fortnite supports cross-platform play, if you already had an account for a different platform, you can use that to log in and continue your progress. As such, the game will present you with the below screen asking you to choose a log in method.

Tap on the Epic Games logo and use your e-mail address and password with which you registered your account to log in. This is the last step, once you’ve logged in, you can play the game!

Fortnite: Battle Royale on iOS supports iOS 11 and the following devices, provided they are not jailbroken:

You won’t be able to install the game on older, unsupported devices.

Installing and playing Fortnite: Battle Royale on Android is a tougher job than it is on iOS. Currently, the Android version is still in Beta. It is invite-only, so you might not be chosen for testing and even if you are, you need to wait for the e-mail from Epic Games confirming your participation. What’s more, only Samsung Galaxy devices, and not all of them, are supported at the moment. For a full release of the game on Android, you’ll need to wait a bit – Epic Games has yet to announce a concrete release date.

Complicating matters further, Epic has decided to bypass the Google Play Store. Since Android is an open system, third party apps don’t necessarily need to go through the official store. Epic chose this since they assume Fortnite is popular enough to be found on its own, and this way they can dodge the 30% cut Google takes from all Play Store purchases. 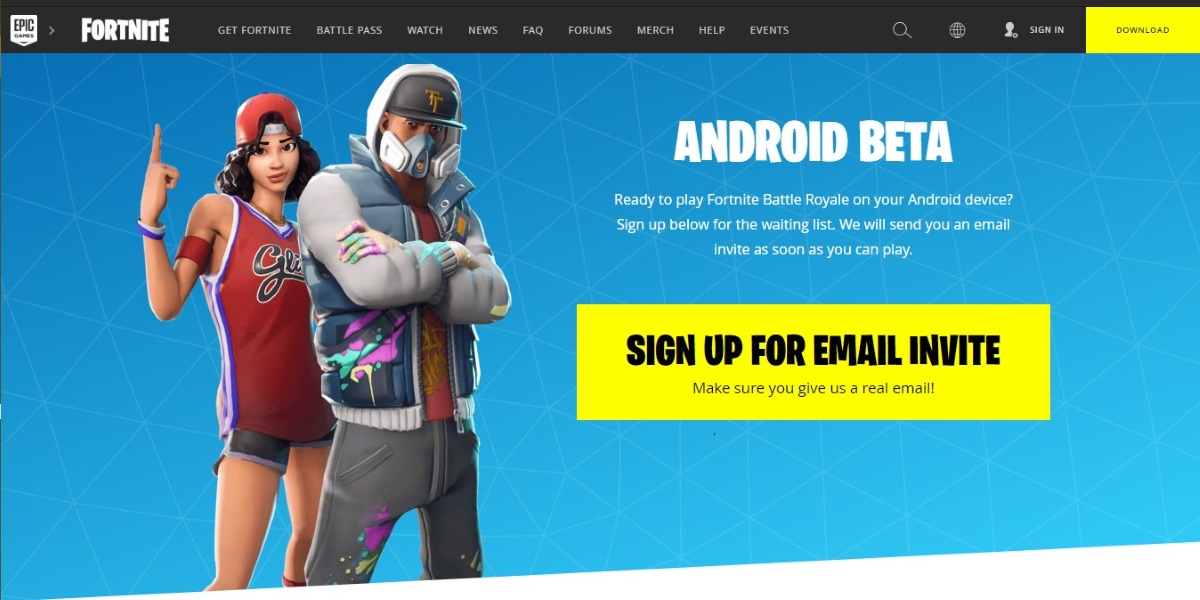 In order to get on the list of applicants for the beta, you need to sign up on the official Epic Games website here. Now, if you already play Fortnite on a different platform and have an account, you can use the same one to sign up for the beta. 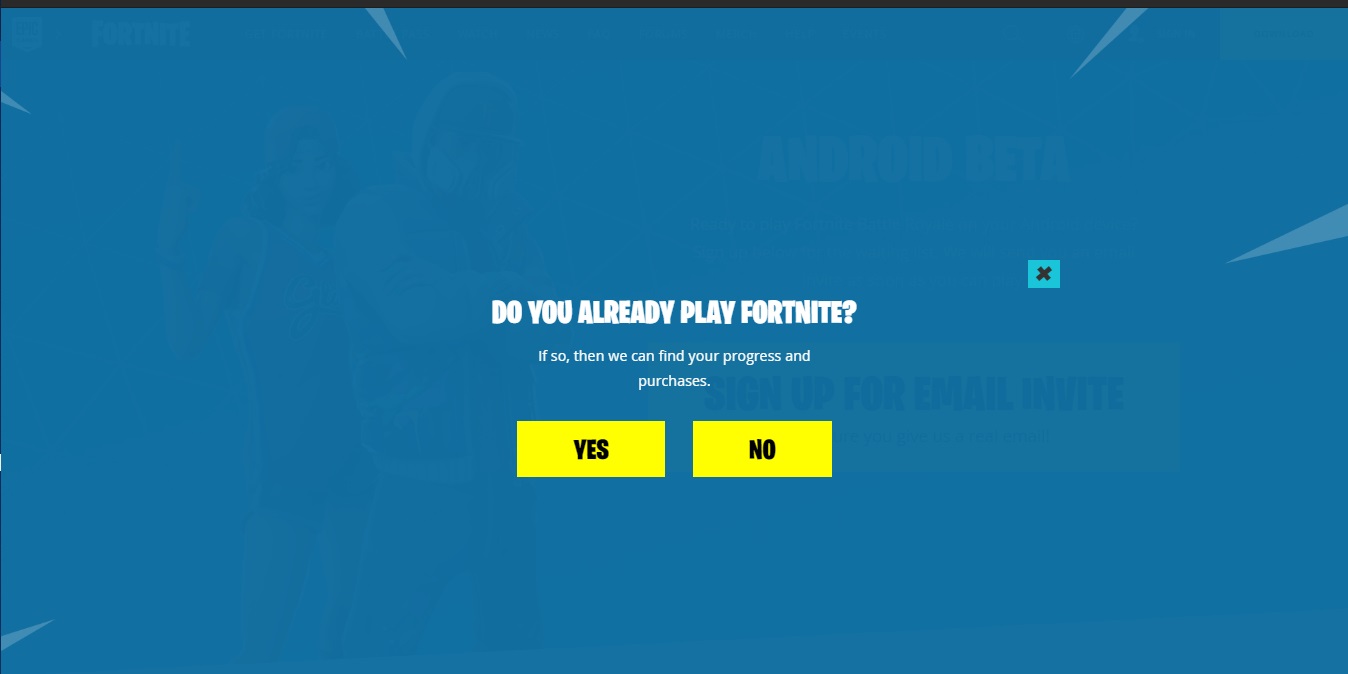 The site will ask you whether you already have an account, and if you click yes, it takes you to the signup page. If you don’t, it redirects you to the account creation page as seen below. 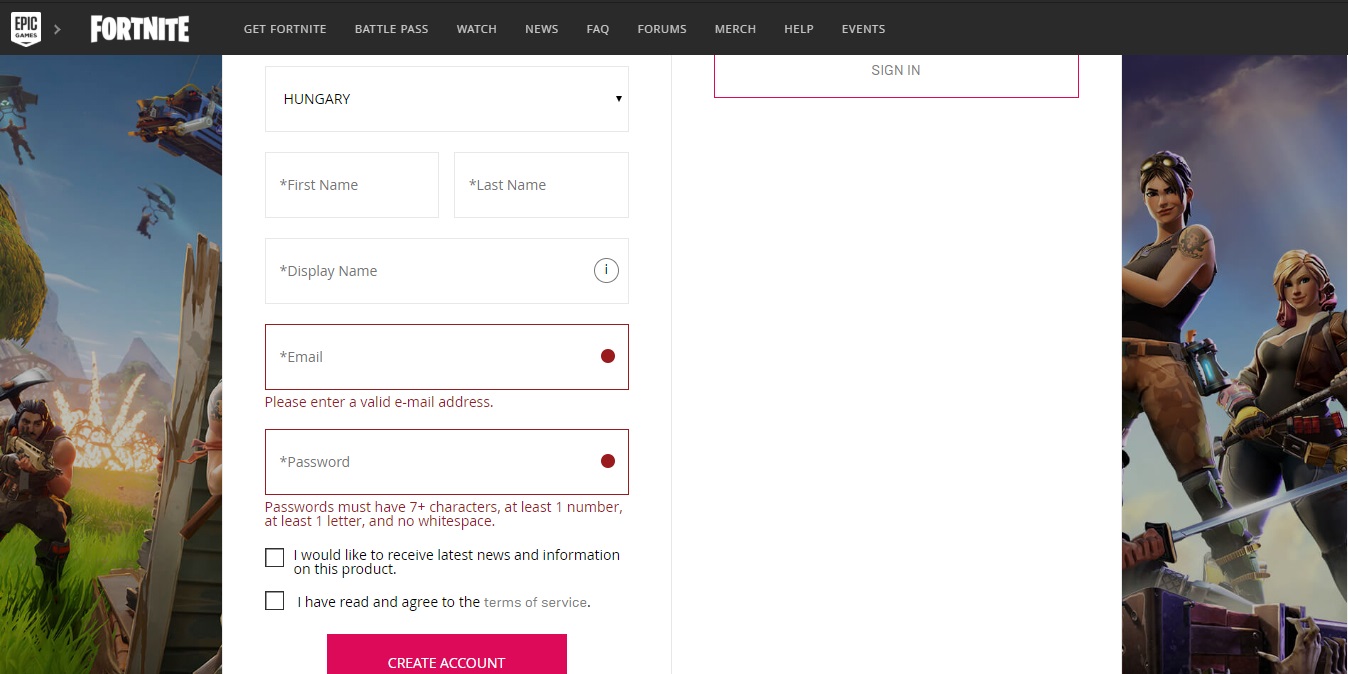 You will need to provide your country, your first and last names, and your chosen username and password. You’ll also need to agree to the TOS, and though optional, you can also sign up for a newsletter. Once you’ve created the account, you will be taken back to the signup page.

If you are chosen, you will later get an e-mail indicating as much which contains a download link. However, make sure that your device allows side-loading, which is a security feature that otherwise prevents non-Google Play Store downloads.

To disable this security feature, go into your settings on your phone and scroll until you see an “Unknown sources” option, and enable it. Then, click on your download link in the e-mail, wait for the install to finish and log in with your account – you are ready to play! 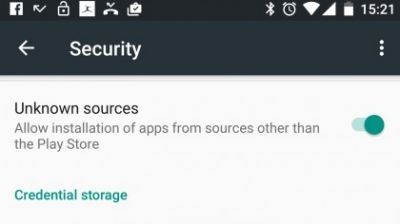 Fortnite: Battle Royale is the standalone free-to-play battle royale mode of the previously surprisingly unsuccessful paid survival game, Fortnite. The main game, which focuses on base building, resource gathering and survival did not receive particularly favorable reviews prior to the battle royale mode’s conception.

However, when Battle Royale was released on the wake of PlayerUnknown’s Battleground’s success, offering a free alternative with significantly lower system requirements and an art style making it more accessible to a wider audience, the game’s popularity skyrocketed. It has become one of the most played and most streamed video game in recent months, and Epic Games has began expanding onto new platforms.