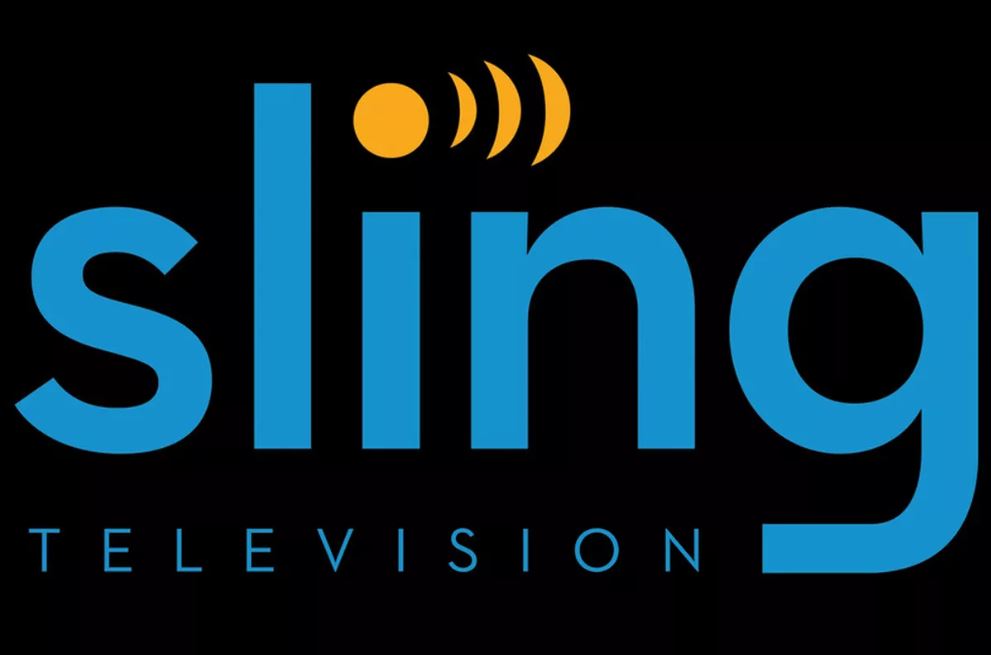 Have you ever toyed with the idea of migrating to an online streaming service? Well, you’re not the only one. Everyone loves following their favorite shows, especially the ones people keep talking about like Game of Thrones, but the truth is that having a cable TV can be a pain in the ass. Thus the practice of cord cutting, which has become something somewhat popular these days.

Sling TV streaming services target hesitant cord cutters likewise young people who never had to pay for TV – the cord nevers. Sling TV, a live TV streaming service launched in 2015, is endeavoring to stick a wooden stake into conventional cable providers’ super cold hearts by offering similar channels without the expensive bill toward the end of the month. Also, the costly hardware is jumbling up space underneath your TV.

Is Sling TV a worthy cable alternative? Continue reading to find out. This guide has been prepared to carefully assist you in cutting the cord and hopping into Sling TV service.

What is Sling TV?

Sling TV is a service that enables its users (subscribers) watch a number of live and on-request TV channels on their TVs, PCs, Tablets or Smartphones. This is live TV, much the same as a cable or satellite TV services, except for its online streaming.

Even though Sling TV is a subsidiary of Dish Network, the satellite service provider, it’s worked as an utterly distinct service. You needn’t bother with a Dish membership (or a satellite dish) to get Sling TV. Sling TV itself is a paid membership streaming service.

In that regard, it resembles other online channels, the likes of Netflix, Hulu and Amazon Prime. Be that as it may, Sling specializes significantly in live TV; it shows programs as they are aired, the manner in which digital TV does, not on demand, as other online streaming services do. There is some capacity to rewind a show or watch a previously aired show on request, yet those abilities are as yet restricted.

Sling TV isn’t the only provider of OTT service for those hoping to cut the cord, however, as DirecTV Now, Hulu with Live TV, PlayStation Vue and YouTube TV all offer live streaming services, however, their specifics contrast.

How and Where to Watch Sling TV?

Firstly you’d need to access the web and log on to www.sling.com to register with the streaming service provider. To sign up for an account, you need a valid credit/debit card and a valid email address, which would be your Sling TV username. After that, you’re good to go.

Likewise, with other streaming service providers, including Netflix and Hulu, Sling TV offers a basic method for you to watch your most loved network shows, films and on-demand programming. In the wake of signing up, you’ll require just to download the application to the device on which you need to watch Sling TV programming.

After you boot up the application, you’ll see the greater part of the channels you can access because of the subscription plan you picked. Sling TV additionally accompanies a guide, enabling you to slice through the commotion and locate the content you truly have interest in. Note that you’ll require a steady web connection to stream content; Sling TV doesn’t allow offline viewing except if it’s been recorded.

Truthfully, channels are what define any Live TV streaming service, as many users would get drawn to the service depending on the channels of their taste.

Here are all of the channels offered by Sling TV 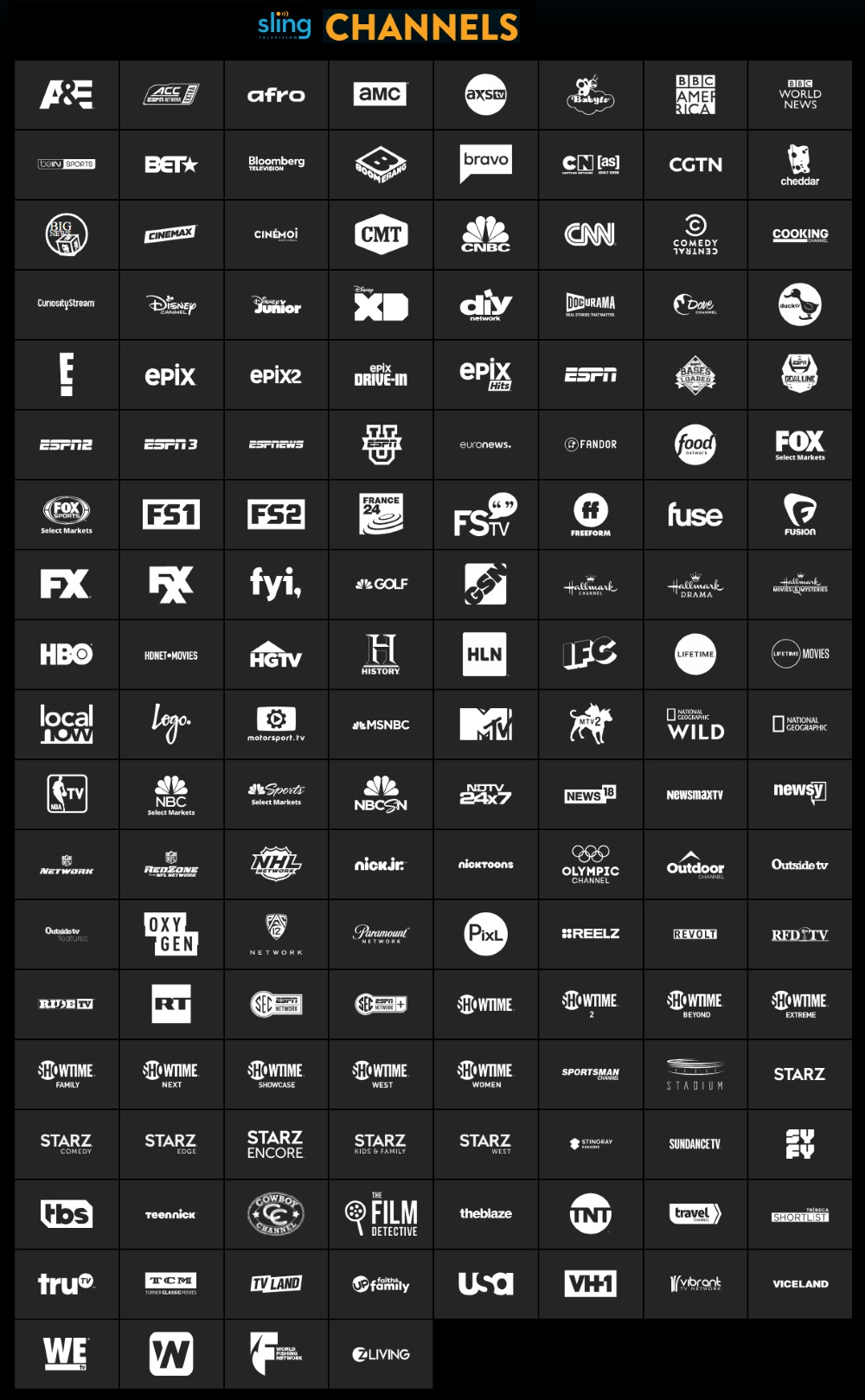 To get one, you’ll need to buy into either the base Orange or Blue bundle, at that point pay an extra month to month expense. Numerous Extra channels are confined to either Orange or Blue endorsers. Here’s a couple of current Extra bundles and the important channels they incorporate.

Sling TV is accessible on a various group of gadgets and likely on one (or various) you effectively possess.

Sling TV comes with enticing and captivating features targeted at capturing the eye of cord cutters and cord nevers.

Sling TV as of now has aggressive pricing models contrasted with the other live TV streaming service accessible; however, its refer-a-friend program can cut down your charges considerably more. For each friend you refer to the Sling TV service, you and your friend will get a $5 markdown for the accompanying three months. Your friend will profit, as well, as they will get $5 off their first month. While these markdowns just apply to one charging cycle, a $5 markdown compares to getting a free month of an extra pack.

Just certain membership bundles take into consideration numerous concurrent streams. On the off chance that you settle on the fundamental bundle, Sling Orange(this will be explained later), you’ll be limited to streaming from only one gadget at once. You can undoubtedly hop from your tablet to your streaming set-top box, for example, yet you can’t utilise both simultaneously. The other, more costly membership bundle take into consideration up to three concurrent streams.

Notwithstanding the above games channel bundles, Sling TV incorporates a helpful component for following forthcoming games called Game Finder. The element is an online inquiry instrument where subscribers can find forthcoming standard season NCAA and NFL games. You can get to the instrument at Sling.com/gamefinder.

If you need to guarantee that you don’t miss anything, Sling TV’s cloud DVR feature will help.

The element will cost you an additional $5 every month, except it will allow you 50 long periods of cloud-based DVR storage — however, Roku clients can appreciate twice that much. Dissimilar to the cloud DVR usefulness given by contender PlayStation Vue, there is no 28-day time constraint, only as far as possible. When you begin moving toward the point of confinement, Sling TV naturally makes space by erasing the most seasoned recordings that you have just viewed. Gratefully, Sling enables you to hail content as “secured” so you can keep it from being naturally winnowed. Other included features incorporate DVR envelopes for sorting out your recorded substance, and the capacity to set up accounts from a show’s establishment page in the Sling TV control.

Cloud DVR recording isn’t accessible on all channels, and you’ll regularly find that the channels that don’t permit DVR recording likewise don’t permit fast forwarding. Be that as it may, clients can record numerous shows at the same time on channels that as of now bolster the element. So also, while the vastly greater part of gadgets bolsters cloud DVR, the Xfinity X1 and some Samsung savvy TVs right now don’t. It’s a bummer this component isn’t available to all channels and gadgets, yet Sling TV has been consistently expanding help as the administration becomes in any case.

Sling TV offers a genuinely powerful choice of motion pictures on request at dispatch, with much more guaranteed sooner rather than later. The varied library incorporates a solid determination of Disney flicks, and a lot of huge spending tolls. What’s more, another arrangement with Epix will acquire around 2,000 VOD titles, with titles new and old, crossing the range of famous programming.

On the off chance that you choose to drop Sling TV, regardless of whether that is for good or only for a brief period, despite everything you’ll have something to watch. The administration has a determination of free content that gives over 100 long periods of films and TV shows including The Detour, Good Behavior, and Wrecked. This content is just accessible to past subscribers (however notwithstanding utilising the free preliminary tallies) and is as of now just accessible on Roku gadgets.

How is it different from other services?

Sling TV is a US-only Live TV streaming service offered from a DISH that enables you to watch the stations you’d commonly find on digital TV for at least $30 monthly without any contractor troublesome gear on your rooftop or in your family room.

Over the channels offered with the base membership bundle, Sling TV enables you to attach extra content packs. Sling TV is much cheaper and affordable however has fewer channels than other rivalling Live TV streaming services.

1) Sling Orange channels ($30 per month) – Limited to one simultaneous stream at a time.

2) Sling Blue channels ($30 per month) – Up to three simultaneous streams.

3) Sling Orange + Blue: $45 per month. Includes all channels from both. Up to four simultaneous streams.

If you’re interested in local broadcast channels, a few numbers are included with the Sling Blue package, but you should probably purchase a digital antenna for a lifetime TV.

Sling TV is available everywhere in the United States of America.

What else do I need to know?

Conclusively, Sling TV is a streaming service that’s intended to serve as a replacement to your existing cable subscription.

That is everything for the time being. On the off chance that you need more information I prescribe attempting it for yourself. Sling TV offers a free preliminary, for a week and in some cases longer. If you’ve read the guide this far, it’s most likely justified you give it a shot. Sling TV can become an essential element of a complete cord-cutting diet. In the end, what do you have to lose other than your cable service provider?