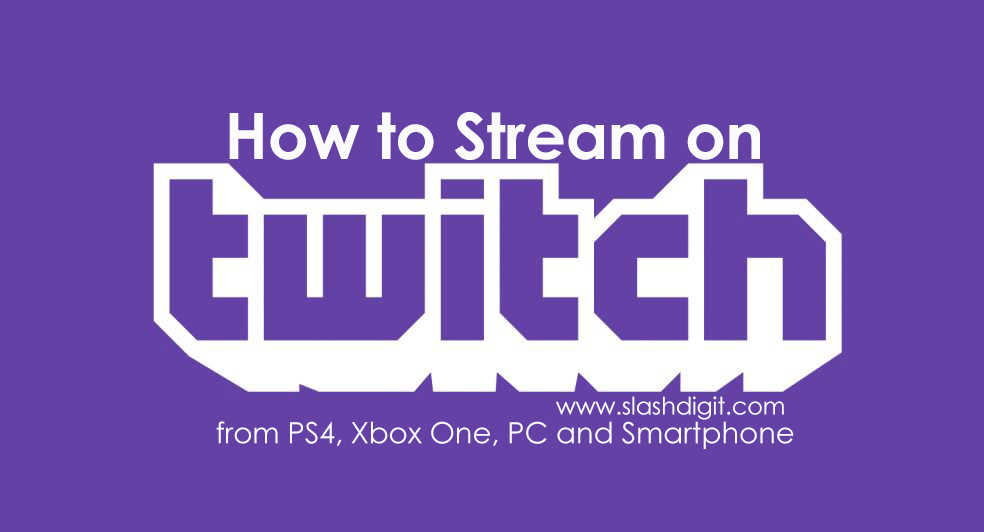 Since the advent of electronic sports, playing video games has always been a social affair. Yes, you could play alone, but it was more fun playing with friends because of the sense of motivation and competition in the challenges the video games posed. And today, this has not changed.

Individually, the games have changed intensely but the spirit behind them is still the same. Presently, with the advancements in technology, you can record and stream every game you play to thousands of people around the world.  Just like people share their moments with people all over the world on social media platforms out there such as Snapchat and Facebook, people also feel that broadcasting games is fun.

When it comes to broadcasting games, the king is ultimately Twitch. Twitch is huge in the gaming world boasting of millions of viewers daily who visit the platform to see the incredible content being offered such as live professional tournaments, casual solo sessions and talk shows on gaming, coming from millions of broadcasters around the world.

What you need to record and broadcast your Gameplays

Computers are the most popular gadgets for streaming games on Twitch. The company recommends that you have, at the minimum, an Intel Core i5-4670 processor or the AMD equivalent, Windows 7 or better and finally 8GB of RAM. For those who have Macs, you simply have to match specs and you’ll be good to go. You will also need a good graphics card supporting DirectX 10 and above, and capable of processing what you are playing. As for the internet bandwidth, you should be working with at least 3MB per second upload speed which is possible today on most home internet connections and even through mobile phones. The hardware specs Twitch recommend are pretty basic. However, playing graphically intensive games can be very taxing on the PC. As such, some popular streamers on the platform have recommended having a 2-PC set up such the one computer is used for gaming and the other for broadcasting. But if this sounds a bit too much, you can opt for a more powerful computer capable of handling both seamlessly.

This is perhaps the most essential part of any streamer’s toolbox. The broadcasting software is what essentially enables you to show the gameplay to the whole world. To this end, the two most popular software programs for broadcasting are XSplit and Open Broadcasting Software (OBS). With XSplit, you will need a subscription to use its main features, while OBS is entirely free.

The twitch.tv/ account is free. Upon joining, you can add an avatar and a brief description of yourself. If you want to temporarily have your gameplays stored, you can do it in Settings > Channel & Videos > Archive Broadcasts.

Here, a gaming headset will do. But you can also have a dedicated microphone so that viewers can hear your voice clearly. You also need a capable web camera to capture your reactions in realtime as you play.

If you have the PS4 or Xbox One, you can stream straight from your console without the need for additional software or devices.

Streaming to Twitch from PS4

The PS4 has some pretty awesome games in its roster. These games are not only fun but also incredibly engaging. Streaming from your console to Twitch is quite straightforward using the following steps;

1. Once you have loaded the game, press the Share button

3. From the menu that appears, select Twitch and Sign In

4. Head on to https://twitch.tv/activate and enter the code generated on your TV screen.

5. After confirmation, Choose OK on the PlayStation

7. Head on to the Optional/Advanced options and set your stream title and resolution. 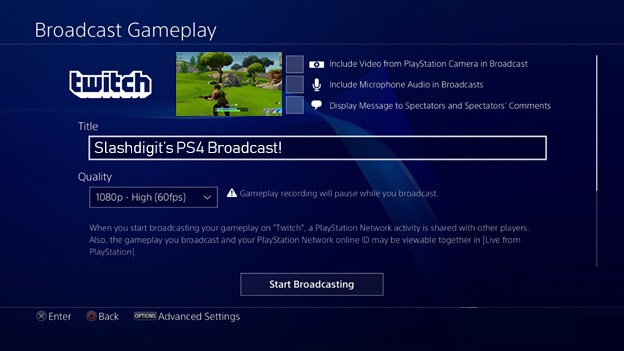 With that, you are live on Twitch. To end the broadcast, select the share menu and select the appropriate option.

Although the PS4 has an official Twitch app on its store, it’s not necessarily required to facilitate streaming your gameplay. However, it is a nice app for watching other people’s streams.

Live streaming to Twitch from Xbox One

The Xbox One is probably PS4’s biggest rival. If you own one of these and feel like you can become a streaming legend, you can easily set it up by following the steps below;

1. Head to the Xbox Store, download and launch the app. 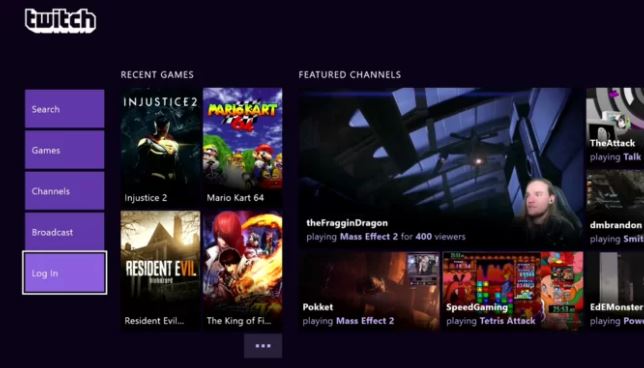 3. At this point, a code will be generated on your TV screen. Head on to http://twitch.tv/activate on your computer and enter the code.

4. After you have confirmed the activation was successful, Open the game you want to play.

5. Find the home button, Double-tap it to reveal a Snap menu from which you can find Twitch and select it. 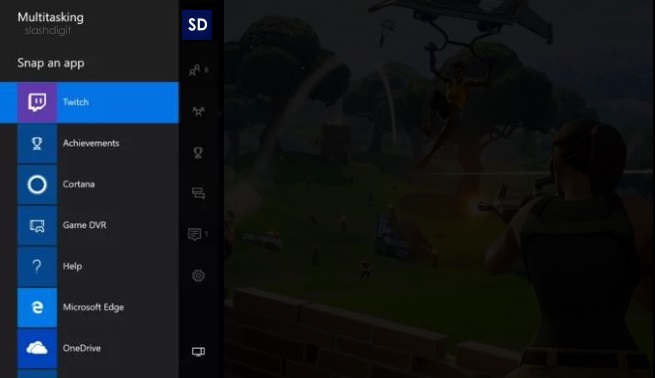 6. If you have a gaming headset or Kinect, you can open Twitch by saying “Cortana, open Twitch” or “Cortana, broadcast” and the app will automatically open. In the app, select Broadcast.

7. Head on to the Settings menu and Name your broadcast. From there, you can mess around with the microphone, Kinect and chat and video settings to best suit your stream. 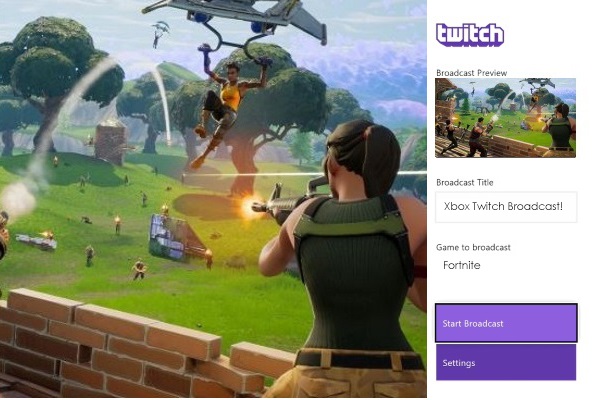 8. You are now ready to go live! During the broadcast, your change or chat settings are on the right-hand side of the screen. You can hide the twitch sidebar by either saying “Cortana, unsnap” or double tapping the home button choosing Unsnap.

Live streaming to Twitch from a Personal Computer (PC) 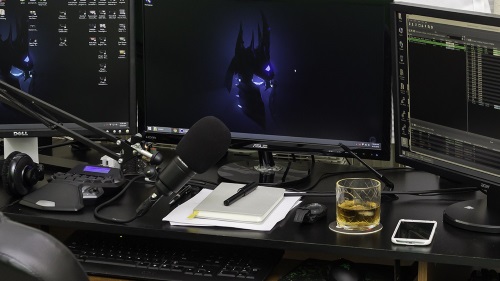 Comparably, PC games are doing quite well in 2018. As such, people with decent computer hardware might want to try out broadcasting their gameplay. As mentioned before, you will only need a Twitch account which is free and some streaming software. Below are steps on how you may go about it;

1. Install the broadcasting app on the PC. Depending on your preferred operating system, we have the two aforementioned solutions namely Open Broadcasting Software (OBS) available for Mac, Windows and Linux, and XSplit built for Windows only. In terms of setup, OBS is open source and thus free but requires some set up before you are ready to go. XSplit is highly intelligent thus simple to use but requires a paid subscription for the best features.

3. From the drop-down menu at the top right of the screen, Select Dashboard. 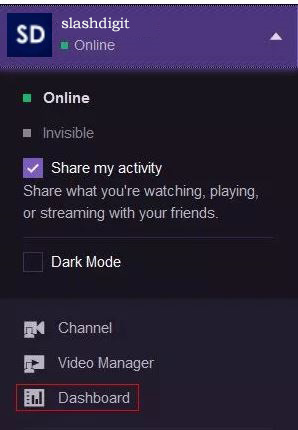 4. Search for the game you want to play and select it while under the Playing tab

5. Give your broadcast a Title 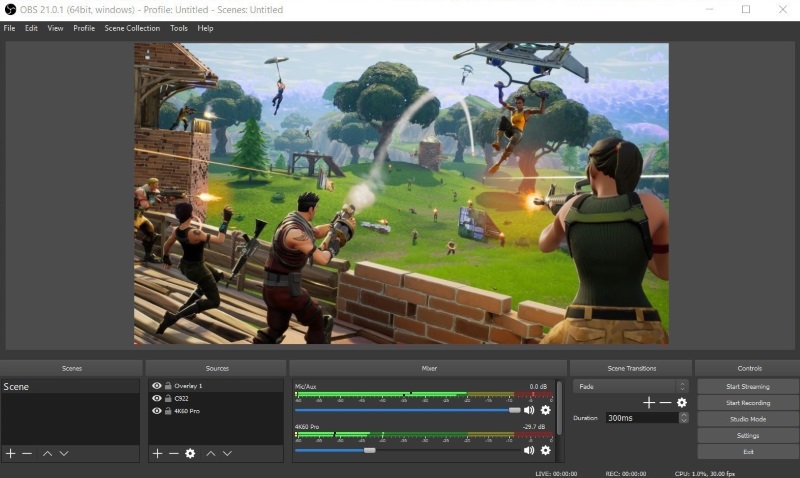 Setting the Stage and Broadcasting 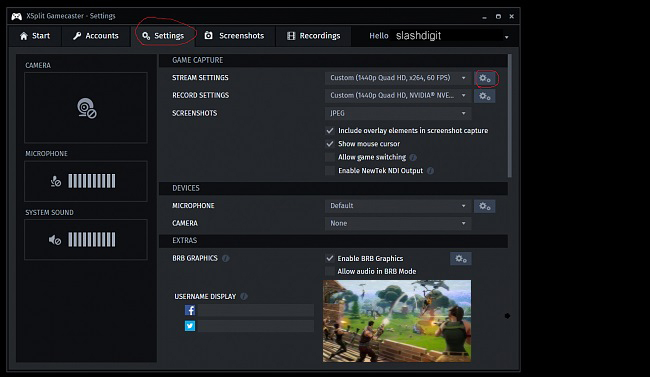 Setting the screen to go live

Live Streaming to Twitch from a Smartphone

Are you a smartphone user? Well, Twitch is not only limited to game consoles and personal computers. Whether you want to show off your skills on a mobile game or want to live Vlog, it’s all possible on the Twitch app. Available for Android and iOS, you can go live from your mobile device. If you want to go live instantly from your phone, simply open the app and tap on your profile. You will then see a large camera button. This could be a fun way of sharing your adventures, talking about games or even reviewing them. Although broadcasting gameplay is a bit trickier on Android, you can use secondary apps such as BitStream or Screen Stream Mirroring to accomplish this end. On iOS however, the process is straightforward.

Twitch is so popular because it’s a one-stop shop for broadcasting live gameplay. Playing video games is fun because sometimes the storyline in the game is so real and engaging that it can be compared to a movie. Other times it’s fun to see people screw up and sometimes pull off an unexpected trick in the moment. To capture these moments, Twitch allows users to broadcast their live gameplay, embed the stream to personal blogs or website, share it on various social media platforms, and to top all that, the viewers have their own chatroom.

The recent rise of YouTube gaming celebrities, together with major stakeholders such as Twitch have helped grow the gaming industry. Electronic sports are gaining immense popularity. Studies have shown significant correlation between stress relief and playing video games. As such, video games have a unique property around them because they are not just a teenager’s plaything; adults fully participate without any shame whatsoever. Having an audience, thanks to Twitch, makes it even more interesting.