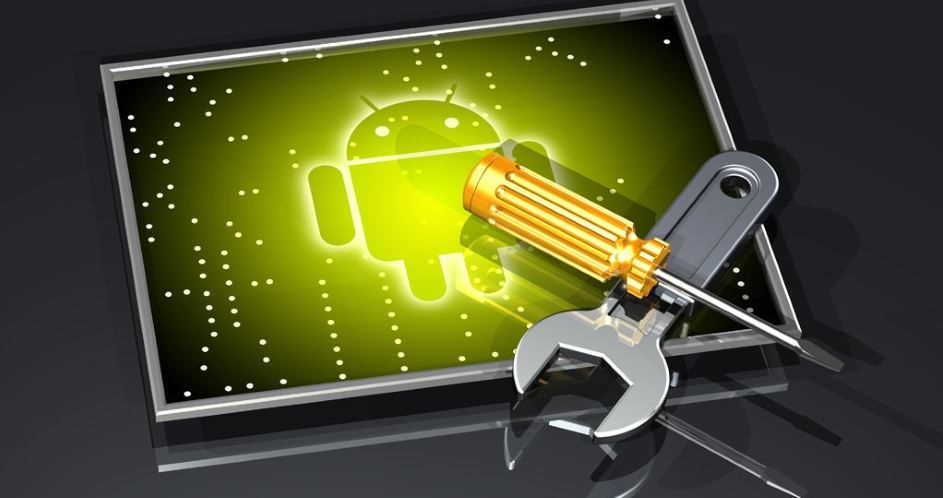 Android is the most popular and preferred smartphones’ and tablets’ OS platform, by many manufacturers and millions of users worldwide today. It was adopted by Google slightly less than a decade ago and is used by manufacturers such as Sony, HTC, Samsung among many others on their smartphones and tablets.

Many love the Android devices due to their flexibility, reliability, affordability and offer a plentiful of cool features which are very customization to one’s needs. However, despite all the great functions and features of this platform, there are several issues that make it very frustrating to use at times.

Below we have selected some of the most common issues and problems that Android phone owners face, and their quick fixes.

This issue is characterized by a white screen which is unresponsive or a white fading screen with translucent apps which are operable at times. The phone might even boot to this white screen at times. It can arise as a result of:-

Ways to solve the White Screen of Death issue

Method 1: Check your battery to see if it’s swollen or damaged and if it is, consider replacing it. If not remove the battery and w ait for some few seconds, then reattach it back and reboot your phone and this should solve the issue if the battery was the problem.

Method 2: Sometimes an Android firmware update may not go as planned which could lead the White Screen of Death. This can be solved by doing a hard reset on your phone to reset it to its factory default settings.

Method 3: In other times White Screen of Death comes after you flash a Custom ROM which means it’s incompatible with your device and the solution to this is flashing the original Stock ROM which should solve the white screen flaw.

An unresponsive black screen sometimes hit on your device making it unresponsive to touch when it is still on. You know that you have a Black Screen of Death when the soft keys backlight is on, the screen is completely black and the buttons such as the sleep/wake become completely unresponsive. This issue may be caused by:-

Several ways of solving the Black Screen of Death issue

Method 1: Boot your android device in Safe Mode which allows your device to boot without any third-party applications. Thereafter you can uninstall any malicious app that might be causing problems with your device. The Safe Mode succeeds in booting your device since it eliminates all the buggy apps that might be affecting the boot process.

Method 3: Flash the Stock ROM in case you had previously attempted to install a Custom ROM. This solves the incompatibility issue by running the android version tweaked for your device.

3. Android stuck in a Restart Loop

This occurs on devices whose users have tried to either root their gadgets or install Custom ROMs.it is characterized by the android phone starting up and after getting to the home screen it restarts again in a continuous loop. If you are experiencing this problem, you need not worry. There are several fixes to this issue which will return your device back to normal

Solutions to the boot loop issues

4. Android is stuck on the boot screen or won’t go past the logo screen during start up

This problem is common amongst many android users and is caused by a number of issues.

These issues may include:-

Solutions to android stuck on the logo screen during start up

This can be fixed by attempting either of the following fixes:-

Sometimes you might get a problem with your device and decide to get it into Recovery Mode to try and solve the issue at hand. However, instead of the Recovery Mode helping you solve the issue, it adds a problem on top of another by getting stuck. When this happens users cannot conduct any further operation when in this Mode. Another scenario of an android stuck in recovery mode, is after restarting it reboots back to the Recovery Mode Screen. This is a very nagging problem which makes someone feel like hitting his/her Android phone against the wall.

Solutions to an Android stuck in Recovery Mode

In scenario 1: Try pressing the power button for more than 10 seconds which will make your smartphone again and go into the system directly.

In scenario 2: Remove the phone’s battery and then reinsert it back > set your device into recovery mode > select “wipe data/factory reset” > delete all user data

Now having talked so much about safe mode and hard resetting in recovery mode let’s look on the step by step of how to handle these two steps. In order to successfully perform these steps, locate the power button, volume up, volume down, and the home button on your device since they are critical in performing the processes.

How to boot your android device in Safe Mode

The android safe mode loads the operating system without any third party applications which might be bagging the boot process. This mode is important in uninstalling any malicious apps that might be affecting the device The process of loading into safe mode include:-

How to soft reset your android device

How to hard reset your android phone

Hard resetting is the same as resetting the Android device back to its factory defaults and it requires setting your device into recovery mode first. The steps include

If this succeeds, you will have performed a hard reset on your device.

Android offers users with very clear solutions to the problems that they might encounter during their android usage life. If you encounter either of the above issues, try all the highlighted solutions and if all of them fails then visit an android expert near you for assistance.