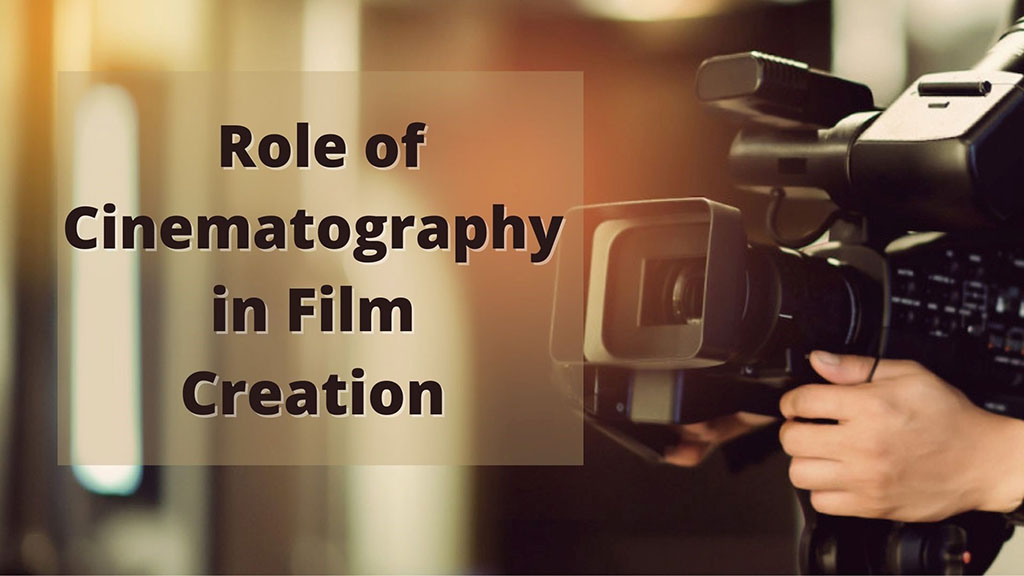 We all love watching movies or films. Every individual has a taste or genre of their own, such as; romantic, drama, action, thriller, suspense, sci-fi, animation, fiction, comedy, and many more.

Whatever your favorite genre may be, the one thing that makes a movie worth watching is its cinematography. Cinematography is an essential essence of filmmaking. This factor can make or break the film as a whole.

Here in this article, we will be telling you about the details of the creation of cinema, the importance of cinematography for the film.

And the essential factors such as script, sound effects, character are some crucial parts of filmmaking as they add realism to the film’s scenes.

So, without any further ado, let’s get into the nitty-gritty of this super interesting art.

Film creation is an art, and it takes years of hard practice and patience for a person to learn the craft of filmmaking. This skill will help you create a top-notch film with cinematography rather than a cliche-looking movie. Do you know what cinematography is?

The cinematography for film is the art of telling a story visually. It is also known as a form of photography of motion pictures. If said in more technical terms, it is an art & science of camera motion & position, lighting, framing, lens choice, composition, exposures, colours, camera zoom & focus, shoot size, filtration, image sensation, and various other electronic aspects & special effects.

A cinematographer is a person who does cinematography. He is the one who assists the director in establishing the perfect visual look required for a particular movie according to the script.

Why Is Cinematography Important for Filmmaking?

Cinematography or motion photography is vital to communicate with the audience and transmit the essence or core of the film to them.

Cinematography is essential as it sets up the film’s overall mood and represents its visual aspect through various technical elements. The job or responsibility is to support the story and make every element cohesive.

The process of cinematography starts at the pre-production, then, of course, it plays a significant role during the production stage, continues in the post-production, and ends at the marketing stage.

Thus, for the best film creation, filmmakers or producers should spend a large amount of their budget bringing in the best cinematographer for the film onboard, who excels in their work and can add a magical touch to the film.

Apart from cinematography, the six factors given below are necessary for film creation. Please read them carefully to understand better creating the best film.

Script or the screenplay is the most essential and first step of film creation. It is like a base structure of the film, on which all the other elements rely upon. It is a blueprint and acts as a common ground.

The directors, producers, cinematographers, actors, musicians, etc., will work together from start to finish to bring the story from the script to the screen. The producers can estimate the budget or the cost needed to put the film altogether by analyzing the script.

If the writing demands lots of special effects & VFX, then the budget will be high, but if the script is straightforward with dialogues; then, its budget will be less.

A sound is a powerful tool for storytelling. It allows the audience to understand the story well and enjoy its impact. There are three types of sounds essential in film creation and keeping the audience glued up to the screen.

They are; actors’ dialogues, composed music, and sound effects. You must be wondering, how are sound effects significant in the creation of the film? Sound effects are a crucial part of filmmaking as they add realism to the film’s scenes. Adding sound effects is a work of post-production process.

You can inculcate the sound effects in the movie by downloading fantastic sound effects from the SoundButtons.net website or application. This software has millions of sound effects under various categories for free films.

In a film creation, a character is portrayed as someone who recites dialogues and does physical movements & expressions according to the script’s requirements. The whole movie revolves around certain characters played by real people on screen.

People love a particular film because of the authenticity of the characters or the phenomenal acting done by them. The building up of a character begins at the stage of scriptwriting.

The writer decides on the qualities of the protagonist (the main character) and the supporting characters and then fuels it up with emotional depth to connect with the audience.

The characters’ psychology, sociology, and physiology are planned according to the movie’s plot. It is essential for the best film creation.

Acting is the art of telling the story. It is a form of art where the actor’s job is to breathe life into the character written in the script by portraying it on screen. Many people might think that the life of an actor is like a paid vacation with exorbitant salaries.

But it is not valid. For playing a particular character on-screen and acting according to the qualities of the character written by the writer, an actor has to go through unimaginable and rigorous role preparation requirements.

The actor’s responsibility is to add emotion to the character and give his best performance in front of the camera. Then only the efforts of all the other members involved in creating the film will be fruitful, and the film will be a success.

Timing is everything in the best film creation. The total duration of the shoot and the other things related to the creation of the film are pre-scheduled. Scheduling the shoots is a complex process and depends on various factors.

It involves multiple calculations, science, and philosophies, and a single mistake can derail the entire production unit and plans.

The best way to tackle and shoot a schedule is to read the script carefully, organize & plan the scenes and break them into parts, consider the nature of scenes, communicate with others involved in the process, and always have a backup plan for unavoidable problems.

Cinematic storytelling and visual effects go hand in hand. Visual effects can enhance a scene and help the filmmakers tell the story the way they want to. It allows them to create what is not there and even rectify a mistake.

It can add a background to the scene or make something look fantastical. VFX is generally computer-generated and is made using easy-to-use software. Filmmakers hire professionals, VFX experts, or trained VFX artists to do the job.

The three types of VFX are; CGI, Composting, and Motion Capture. Visual effects are majorly used in animation or fictional film creation, and it attracts viewers on a large scale.

By reading the above article, we hope you have understood what cinematography for films is and how important it is for film creation. We have also told you about the six essential factors or the key elements required to create the movie.

Our mission through this article was to give you a better insight into film creation; we hope that we have succeeded.