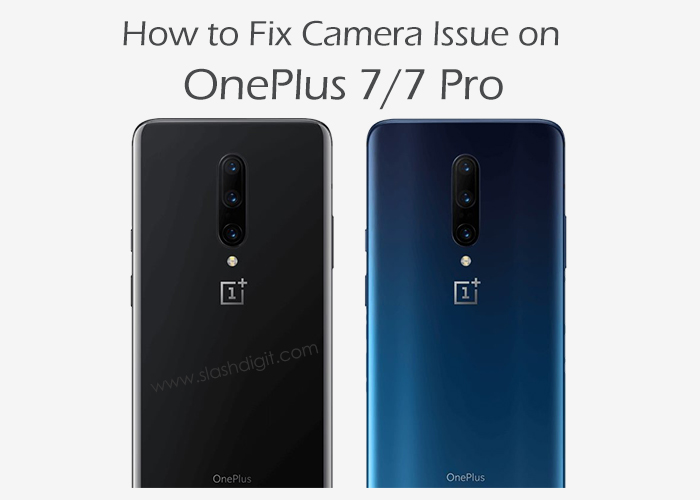 Since the launch of the OnePlus 7/ 7 pro in May, the smartphone has earned itself some great praises both online and locally.

The entire call to fame has, however, diminished overtime because of a number of issues that have plagued this flagship model ranging from “ghost touch” issues to camera problems.

In this guide, we will look at some of the most common and frustrating camera issues that have been reported in various online forums and how to fix these issues yourself.

This is a common issue with most smartphones including the OnePlus 7/7 Pro. It occurs mostly after continuous use of the camera. Luckily, there are a number of fixes that can resolve this issue.

As simple as it sounds, restarting your device can resolve the issue of the camera not working. Restarting helps restore your camera into default settings thus helping clear the error that might be brought about by change of settings.

If restarting your camera doesn’t work, try clearing the camera cache and data. A corrupted app cache can cause unexpected app collapses and slow loading of apps. To ensure that the camera app functionality and performance is restored use the following steps to clear the camera cache on your OnePlus 7/7 Pro.

Sometimes you may be running some bad apps in your device which can hinder the normal operation of your camera. If you suspect that some recently installed third-party apps are obstructing your cameras functionality, the best way is to test your camera in safe mode. This will stop them from running.

Use the following steps to reboot your device in safe mode.

Issue 2: Picture quality, HDR, Auto-focus, Selfie-camera popping up on its own, and many more

Sometimes your OnePlus 7/7 pro camera issue may be due to a number of issues that may include blurry pictures, slow auto focus, and the pop-up camera popping up on its own.

While this issues have been reported by a number of users, the good thing is that the manufacturer has acknowledged them and has issued a number of updates that will help with the problems. The most recent one with camera updates is the OxygenOS 10.

The new update brings with it the following tweaks.

To get the OxygenOS 10 on your OnePlus 7/7 Pro, follow the following steps.

Problems with your camera can make it hard for you to capture or record wonderful moments in your life. We hope that the above diagnosis will help get your OnePlus 7/7 Pro camera working again and avoid you the frustration. Don’t forget to also keep checking for new updates.