Computer booting provides a user with two options; UEFI and Legacy BIOS. It is therefore for the user to choose the boot system that best suits them. While Legacy BIOS appears to be vanishing into being irrelevant, it remains an option. Considering that it has been the best boot system for over 20 years, some users would still prefer Legacy.

Legacy being in use for more than two decades now, It would only be fair to say that, it has stood the test of time. However, with UEFI starting to assert its dominance in the way user’s scheme their system booting processes, Legacy has in the recent past become less popular. This in part can be attributed to users getting bored of the tedious coding that’s associated with Legacy. Also, the processes turn out to be very disordered and old fashioned. That, however, is not a cue for you to get rid of all the Legacy software and hardware in your possession. Instead, you can focus on getting the best out of them.

This article will address the following factors:

Of course there are other factors to be considered when choosing between the two options, but in the end, it depends on which one best suits the user needs.

What is the difference between UEFI and Legacy BIOS?

The difference between UEFI Boot and Legacy boot is the process that the firmware uses to locate the boot target. 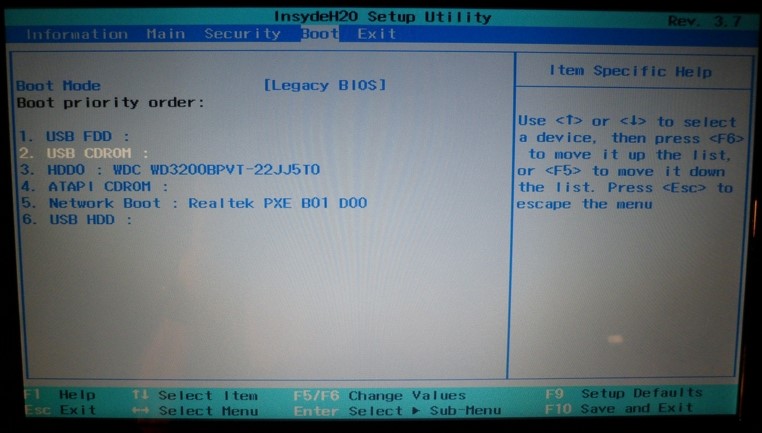 BIOS firmware uses the Legacy Boot process. This firmware maintains a list of all the installed and bootable devices (including Floppy Disk Drives, Hard Disk Drives, Optical Disk Drives, Tape Drives, and others) and enumerates them in a configurable order of priority. Once it has completed the POST (Power-On Self-Test) procedure, the firmware loads the first sector of each of the storage targets into memory and scans it for a valid Master Boot Record (MBR). If it finds a valid MBR, the firmware passes execution to the bootloader code found in the MBR which allows the user to select a partition from which to boot. If no valid MBR is located, the user is presented with “Please insert system disk yadda yadda yadda” notification.

UEFI firmware uses the UEFI boot process. This firmware maintains a list of valid boot volumes called EFI Service Partitions. During the POST procedure, the UEFI firmware scans all of the bootable storage devices that are connected to the system for a valid GUID Partition Table (GPT).  Unlike an MBR, a GPT does not have a bootloader. Instead, the firmware itself scans the GPTs in order to locate an EFI Service Partition from which to boot. In case no EFI bootable partition is found, the firmware can fall back on the Legacy Boot method. If both UEFI boot and Legacy boot fail, the common “Please insert system disk yadda yadda yadda” notification will be presented.

When deciding which the optimal system to choose from is, one has to consider the following major aspects:

One way of determining which between the two is more functional is comparing ROMs to Drivers.

Legacy BIOS runs on a Read Only Memory (ROM’s) which has a cumulative storage space of 64 KB. The option ROMs on which Legacy runs can only work if they are compatible with the accompanying hardware. This means that if you upgrade your hardware, you also have to upgrade the option ROMs to ensure that every aspect of the booting process is compatible.

What is UEFI’s answer to that challenge? Instead of using option ROM’s, they have incorporated drivers into their system. The advantage is that these drivers have no space limitations and are compatible with upgraded hardware. The drivers are written separately and can even be uploaded using a flash drive. UEFI’s programming interface processes the information uploaded and configures the data to make sure it is compatible.

UEFI boot just about edges this one.

Another improvement from the UEFI is the type of code it uses, namely, C-language. Compared to assembler, which the legacy uses, C-language is a lot simpler.

Because Legacy systems have been around for very long, their codes are both long and confusing. This makes them a lot harder to work with. With Legacy programs, you cannot conduct a systems update without also updating your hardware. Many people find this difficult as they are forced to create and write many lines of new, confusing, and undocumented code changes that allow users to bypass the necessary compatibility process.

On the other hand, C-Language is as simple as it is user friendly. It allows users to write in new code making their program adapt and function to the user’s satisfaction. Adding and subtracting anything from the code is also a much easier process. UEFI has the edge in that aspect.

Which One to Choose?

The choice is yours really. If you enjoy working with proven software, you are not too bothered by slower boot time, and you don’t feel the need to code, Legacy might be the ideal program for you. The program has been around for 25 years and still going strong.

If you are a user who enjoys taking control of how your systems run, UEFI might be the best choice for you. This here is the program for the future and will take over as soon Legacy systems outlive their usefulness. According to UEFI, their main goal is to create ‘“a standardized interface that simplifies and secures platform initialization and firmware bootstrap operations.”

For now, you have the power to choose. However, there is a certain inevitability about UEFI becoming the standard booting system for personal computers.

But like many aspects of the IT world, everything boils down to user preference.  All you need to do is choose the boot process that best suits your preferences.