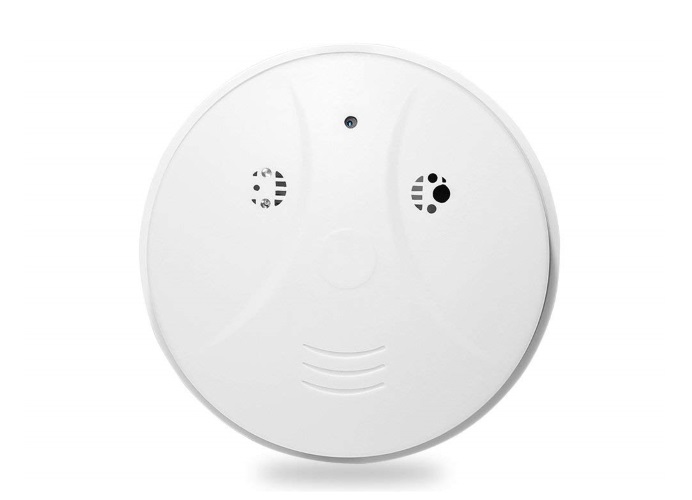 Smoke detector spy cameras are still or video cameras used to secretly record people’s actions and movements without them being aware. The camera is hidden in a device that looks just like actual fire detection devices.

These devices are subtle enough such that subjects are unaware that they are being recorded, allowing you to monitor covertly without drawing attention to your means of surveillance. Because of the mounting capabilities of smoke detectors, these cameras are also able to capture footage from unique vantage points not often available for other covert camera types. 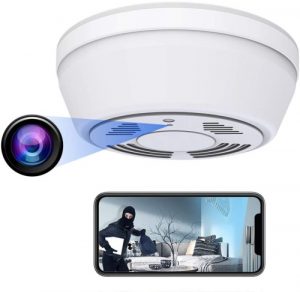 WNAT Hidden Camera Smoke Detector is a powerful spy camera disguised as a smoke detector. It has the appearance of a smoke detector with built-in digital video recorder.

The camera supports SD cards up to 128G Micro SD and can be controlled through an app. 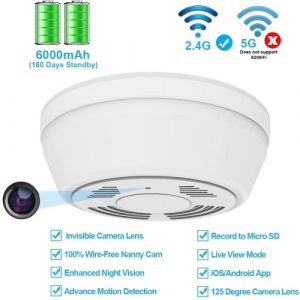 This camera is compatible with PC computer, tablet and smartphone (i.e. iOS and Android). The YIEYE app can be used to access and control the camera and watch the videos in real time no matter the distance length as long as there is strong internet connection.

It has a HD 1080P wide angle which can be mounted on the ceiling and hence, capture videos in a wide field. All the videos recorded are time stamped. It also has a motion detection alarm that triggers the camera to send images to your phone when motion is detected.

The camera detector comes with 6000mAh rechargeable battery which can lasts up to 180 days on standby mode. It also supports up to 64GB micro SD card. 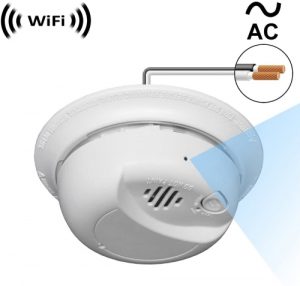 SCS Enterprises WF-404HAC Smoke Detector looks like a regular smoke detector but has no function of smoke detecting at all. It only hides under the guise of a smoke detector with the camera concealed and apart from its use as a spy camera, it can be used as a meeting recorder, a nanny camera, a baby room monitor and many more.

This camera has an app which is easy to set up and can be controlled from anywhere as long as you are with your smartphone and you have internet access. It is also able to record in multiple forms such as motion detection, night vision, WiFi streaming. 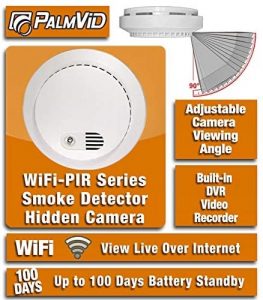 It has a rechargeable battery that can last for 100 days on standy when fully charged. It supports internet live viewing, recording, and playback on iPhones, iPads, Android Smartphones and Tablets.

It also has motion detection recording mode that automatically starts recording whenever motion is detected. 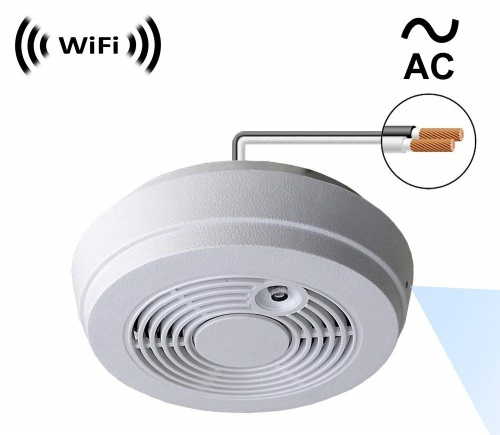 This state-of-the-art SCS Enterprises camera offers some of the best features found in smoke detectors. Although it costs more than most models, it delivers professional performance.

With a pixel quality of 1080p, you can easily see the details from anywhere in the room. This is enhanced with a pinhole lens, and a double layer close up camera sensor that allows the camera to see more than the other models.

This camera does not use battery but a direct wiring 110-220 VAC in your existing electrical wiring installation on the wall or ceiling.

The camera comes with iOS, Android and PC software, which allows you to control all functions when connecting to a Wi-Fi network on the PC and mobile device.

Although it costs more, this camera is ideal for 24/7 surveillance. The direct wiring, wide angle and large storage space make it a top quality camera. 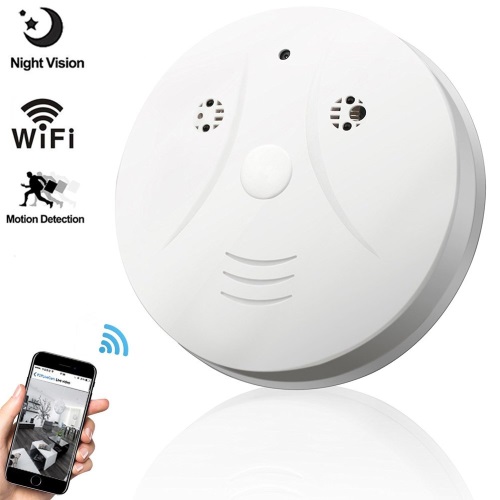 QUANDU WiFi Smoke Detector Hidden Camera is a video-only surveillance camera that does not record sound. It has multiple recording mode such as motion detection recording, timelapse recording and continuous loop video recording. It can also record while being charged, and has the capacity to last 4 hours of continuous recording.

It can be powered by batteries (built-in 2000mAh) and through direct connection to a power source. 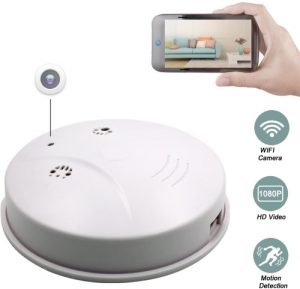 Sunsome WiFi Hidden Spy Camera Smoke Detector is a great device that helps you secure your home. It comes with an app through which you can control the device from anywhere with a smartphone.

Even when you are out, you can receive real-time alerts about ongoing activity with the help of the smart motion detection technology as every potential risk will be identified accurately and forwarded to you.

The camera features motion detection, loop recording and supports resolution up to 1920 * 1080p. It comes with 2750 mAh battery and supports memory card up to 64Gb. 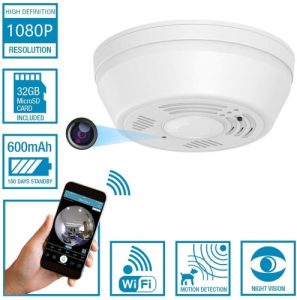 Like most other smoke detector spy cameras, the NUNET Dummy Smoke Detector is not a functional smoke detector/fire alarm. It is just the disguise under which the security camera is hidden. The dummy smoke detector camera is 2.4Ghz WiFi enabled allowing you to remotely control and stream real-time video from almost anywhere as long as you’re connected to the internet.

It also has an HD spy camera with a pinhole lens and a motion detector that captures images to be forwarded to you when motion is detected.

This smoke alarm detector comes with 6000mAh rechargeable battery that boasts to last for up to 180 days on standby mode. 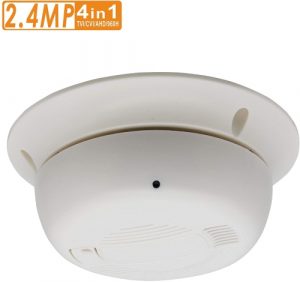 The Inwerang Smoke Detector CCTV Camera disguised as smoke detector is one of the best spy cameras you can get if you are worried about the safety of your house, office and family, or if you have suspicions concerning the kind of care your nanny gives to your kids.

This spy camera is well designed to hide all manners of indication of any recording activity. It supports 4 modes of video output namely 1080P TVI, 1080P AHD, 1080P CVI and CVBS (960H Analog).

There is no flashing indicator to show that recording is going on as the spy camera just looks like a regular smoke detector. 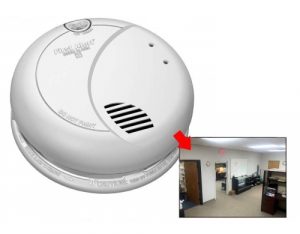 This smoke detector has a wireless spy camera, a 1080p HD video camera for recording videos and a 1980×1080 HD camera for capturing images with excellent quality. It has a 120v rechargeable battery that keeps it afloat in case of any sudden cut in power. It also has a hidden WiFi broadcast which renders it invisible to any WiFi network search.

The device is easy to connect to your Wi-Fi network and can be accessed anywhere irrespective of distance and you can view live video feed from anywhere. It is capable of putting a time stamp on recorded and captured content.