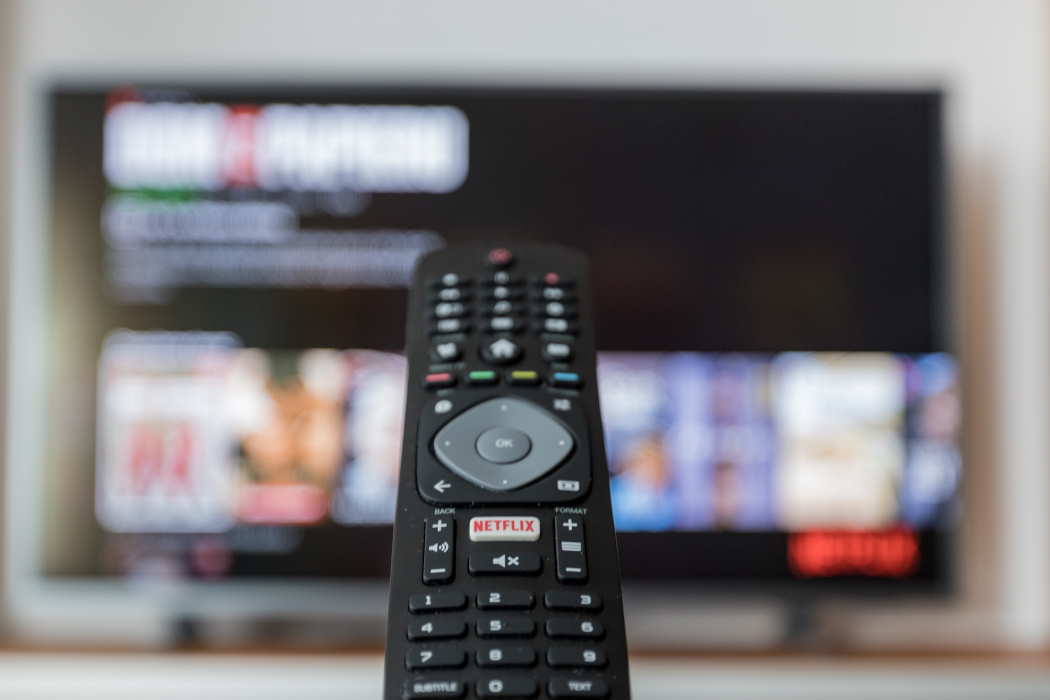 The IR Blaster is one of the most astounding features of an Android Device. It can be used as a remote for many devices including the Television. In order to convert your phone into a remote, you simply need to download an app. Doing this will give you access to additional features which a normal remote control might not have.

We have handpicked the best apps that will transform your Android phone into a remote! Use these apps to bring out the couch potato in you.

The Smart IR Remote-Anymote is multifunctional since it works on DSLR cameras, air conditioners and all other gadgets that comprise of the IR blaster. The layout of this remote is easily navigable and it also comprises of buttons for Hulu, Kodi and Netflix. The device that you need to control is easily discoverable when you use this app.  It supports all devices IR blaster except Sony, Huawei, LG and Vizio. 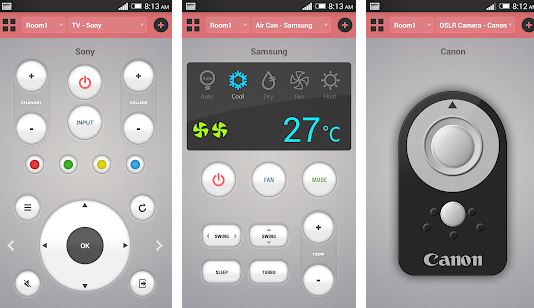 This is a feature laden remote which allows you to control TVs, Set Top Box, DSLR cameras and ACs. The interface of this app can be used with ease and you can easily switch between devices by using the tabs located on the top of the app. The app is free of cost but it has ads running at the bottom. The only con of ASmart Remote IR is that it gives you no option to add a remote manually. It supports Samsung and HTC phones that have an IR Blaster.

Usually phones come with specific IR blaster remote app. You can find these in the Google Play Store. These apps are pre-tested by the manufacturers of the phones. They might even come installed in your phone and are usually free of cost. 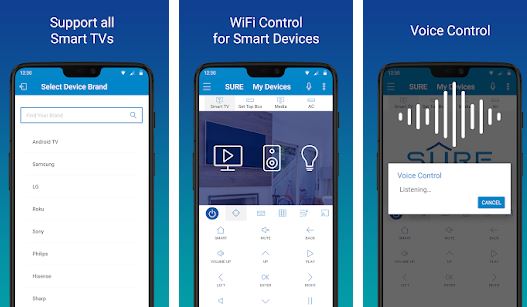 SURE Universal Remote is another good option. The best part is that it works with IR blast enabled devices as well as wireless devices. You can connect many devices on one app and can switch them with ease with the tabs located in the side bar. For those Android phones without IR Blasters, the app also functions with IR transmitters through Wi-Fi which can be purchased additionally for a few dollars. This app is completely free and you can opt in for the pro version if you want an ad free version. 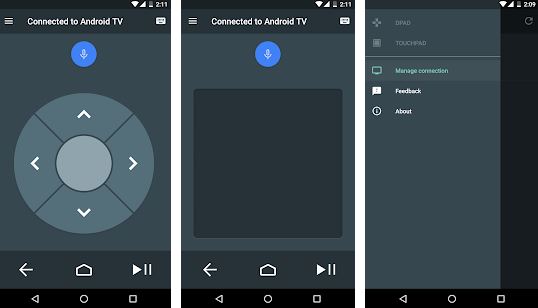 This free to use Android TV Remote app can be used for Android TVs. It comprises of a touchpad, gamepad and a D-Pad. You will also find a voice control support and a virtual keyboard to key in text. With this app, you can connect your Android through Wi-Fi or Bluetooth. You can type out log credentials in this app and instantly start using the app after forming a connection with the TV by entering a confirmation code.