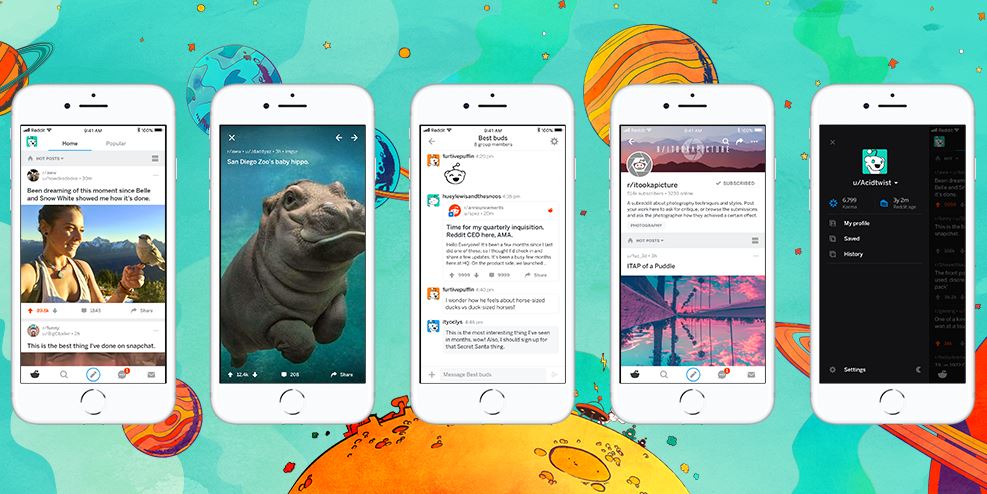 When I discovered Reddit, I used to post there almost frenetically. I am a huge fan of Reddit and, for this reason, I wanted to use it even in my smartphone. It happened many years ago, when there were no Reddit apps and we had to use the mobile version of the website. The official app was still a promise people were discussing on its proper subreddit.

On the other hand, little by little, other users and companies released their own Reddit apps. During this time, many of the apps we will present here were created.

Here are the top 5 best reddit apps you can use to access the front page of the Internet.

This one was, actually, the second one I used and it is perfect. I really loved the time I spent browsing Reddit through Baconreader. This app is one of the most used Reddit apps. It features a wide range of options to customize the app, such as Material Design interface, background themes and it also presents colored comment threads so you will not feel confused when reading long threads in popular posts. It also features moderator tools, a very good search and multi-account support. 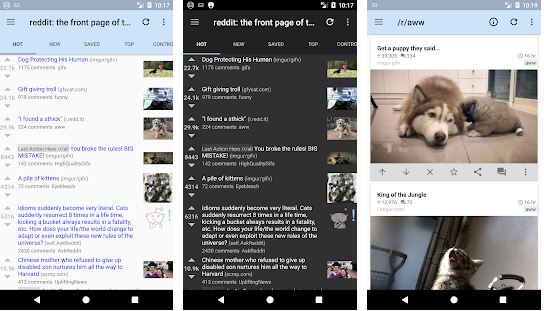 Reddit is fun was the first app I used after I stopped accessing Reddit via mobile version. It is a very normal Reddit experience. Reddit is fun does not present many of the functionalities you will find in Baconreader. Also, it is like an improved version of the old mobile version. Furthermore, it also features themes, support for many kinds of file types, and moderator tools. It is good for those who do not want a too fancy app. 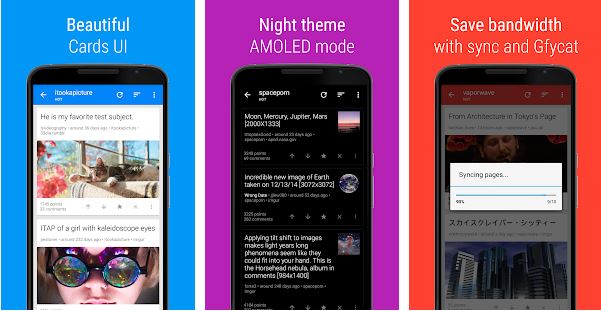 It is a very feature rich Reddit app. The different between Sync for Reddit and the other apps of this list is that Sync is optimized for one subreddit in specific: /r/soccer. If it matters to you, you should give Sync for Reddit a try. This app also features Material Design interface and multi-account support, but it as multi-window support too, something we do not usually see in most Reddit apps. The only con of Sync for Reddit is that it may have a few bugs but these can be resolved with new release. 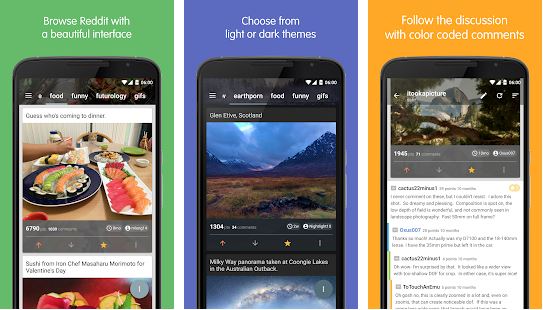 It is one of the easiest Reddit apps I have ever seen. This app includes the very basics you could find in a Reddit app: support for various file types, support for Imgur (it is very important) and also support for Reddit Gold features. Now for Reddit is free, but it also has an ad-free version through in-app purchase. 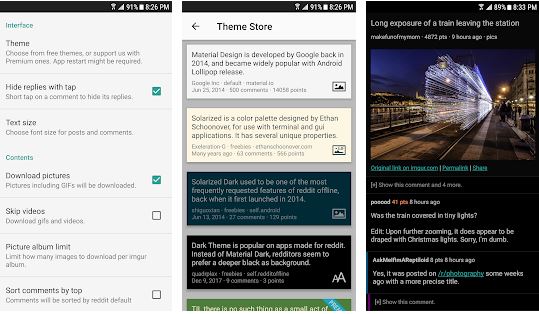 Offline Reader for Reddit is the most different one from this list for the simple fact that it works offline! The purpose of Reddit Offline is that it downloads pages, comments and images from Reddit from time to time and you can read it even with not Internet connection. It is useful to have Reddit with even during airplane flights or in areas where you do not have web. This app is the only app from this list that is totally free.

The Front Page of the Internet Wherever You Go

It is good to have plenty of options to choose when you do not like the official app. Whatever option you choose, you will always have access to Reddit on different kinds of apps and you will be capable of accessing Reddit even if you are offline!