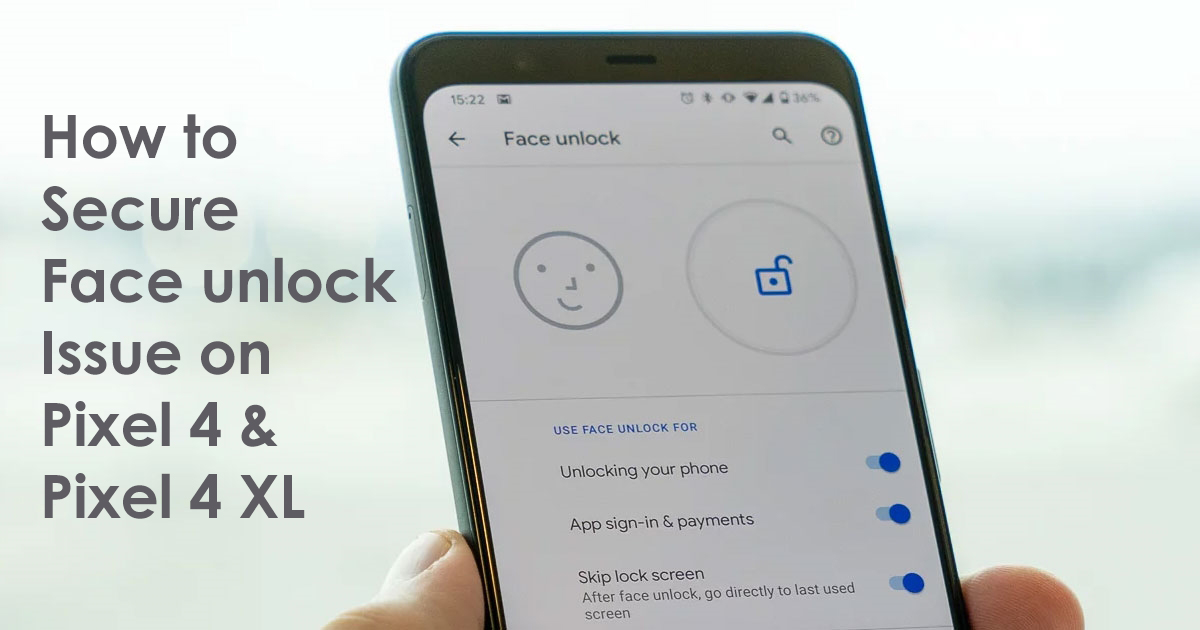 Undoubtedly, the Google Pixel 4 and Pixel 4 XL are great smartphones by all standards. They feature incredible hardware and software components that deliver excellent user experience. There are also a number of notable new features that users can’t stop talking about like the motion sense radar feature and smooth display with the 90 Hz high refresh rate.

In the midst of all the cool specifications and features of the Pixel 4 smartphones, there are some downsides that can’t just be overlooked. Asides from the terrible battery life, the Face unlock feature is another aspect of the phones that need serious improvement.

In the Pixel 4 smartphones, Google did away with the fingerprint sensor of the previous Pixel phones in favor of a face unlock feature. In terms of speed, this feature leaves up to expectations. As mentioned earlier, this feature hasn’t lived up to the expectations in certain areas and we will look at the good and the bad sides.

While the Google Face Unlock system is not the most reputable in the market, it is a lot better than what you will get with some known smartphones. On a specialized level, the new face unlock component works particularly like the iPhone’s Face ID does. It works in any lighting condition, and you can’t deceive it with a photo or a video like you can on some other phones like Samsung or OnePlus’ face unlock frameworks.

The Pixel 4s’ face unlock feature is touted by Google as being exceptionally fast. This is a legitimate claim as the feature can work with the Motion sense system to give users an exceptionally fast unlocking experience. Users will have to do nothing asides from picking up their smartphones to unlock them. The phone will actually start to wake as soon as your hand approaches. As soon as you have lifted it upright, the camera in the upper bezel will recognize your face, unlocking the phone instantly and sending you directly to your home screen.

In terms of speed, there is no smartphone unlocking feature that can be compared to the one found in the Pixel 4 phones. In terms of real security and overall user experience, this feature doesn’t quite live up to expectations. One of the major downsides is that it will work whether the user is genuinely trying to unlock the device or is fast asleep at night.

That is right; the Google Pixel 4s’ face unlock system will unlock the device regardless of whether your eyes are completely shut. This is a disturbing protection worry that can hurt users in many different ways. Since there are no other mark sensors (like fingerprint sensor), the face unlock feature is accepted by Google to fill in as validation technique on the Android devices. Since the Pixel 4 couldn’t care less if your eyes are open or shut, someone with malicious intent could unlock your phone by holding it up to your face as you sleep and use it to engage in untold activities that may hurt you in the long run.

The potentials of this major goof to cause problem for users is limitless. Beside snooping companions or accomplices, the Pixel 4’s face unlock (in its present state) could make it simpler for authorities like police to access your gadget without due authorization. This is definitely bad.

Google Will Do Something about It

Since the outcry about the shortcomings of the face unlock system on Pixel 4 and Pixel 4 XL, Google has issued a statement promising to issue a software update that will correct the issue of the feature working even when the eyes are shut. The timeline for the promised update, however, is not looking any good for most users. It is understandable that most will rather take the necessary steps to secure the face unlock system on their smartphones.

The best way to secure face unlock feature on your Pixel 4 and Pixel 4 XL device is to enable lockdown on the device. To do that, follow the step below:

After Lockdown has been enabled, it will be super easy to find the feature and use it. You can log press the power button anytime and find the lockdown button underneath the restart option. Once you tap the button, the device will lock and require a PIN or password to unlock. This is the best way to secure the face unlock feature till Google comes up with a permanent solution.