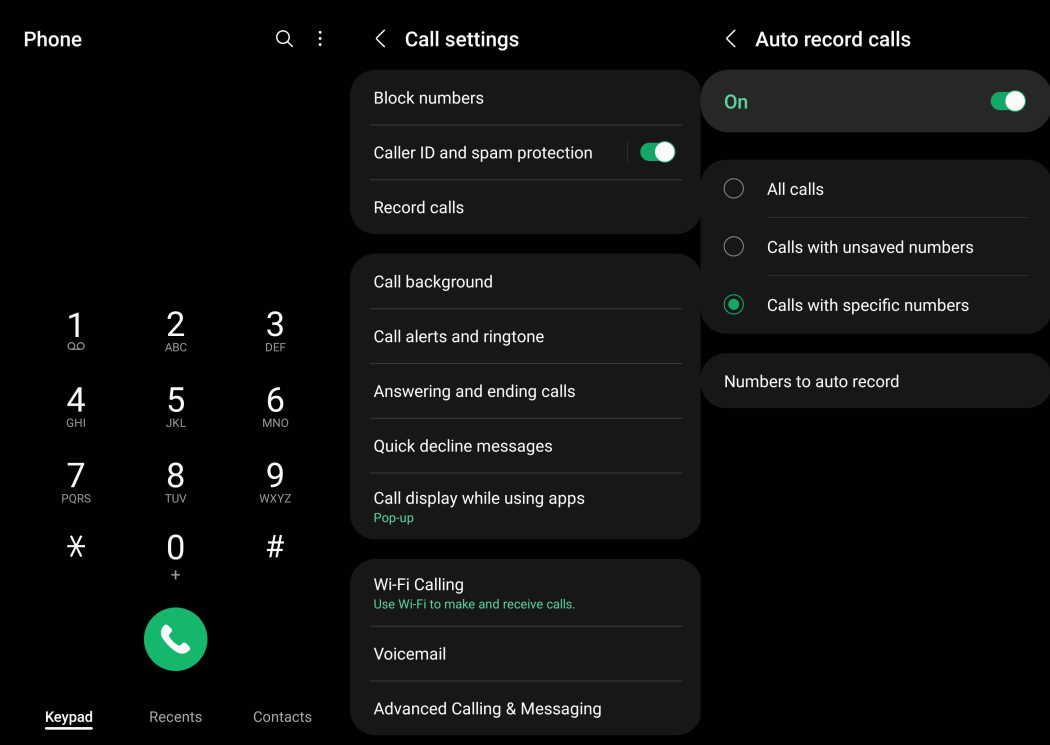 Samsung Galaxy S22/S22+/S22 Ultra is the latest addition to the Galaxy series by Samsung. The smartphone comes with tons of features, one of which is the call recording feature.

In this article, we are going to explain how to use the call recording feaure on your Samsung Galaxy S22, S22+ and S22 Ultra. Read on.

Follow the steps below to turn on the call recording feature.

Step 2: Click the 3 vertical dots menu on the right

Step 3: Next tap on Settings

Step 5: Then tap on Auto Record calls and toggle the switch to enable automatic call recording.

To view the recordings, go to My Files > Internal Storage >Recordings > Call folder. You can also access your call recordings through the Phone app.

Before you start recording calls, you should first check if its legal in your state. While federal law permits recording telephone calls and in-person conversations with the consent of at least one of the parties (e.g., you), these laws can vary from state to state. It is also advisable to get permission from the other person(s) before you can start recording so you don’t face any legal problems later.