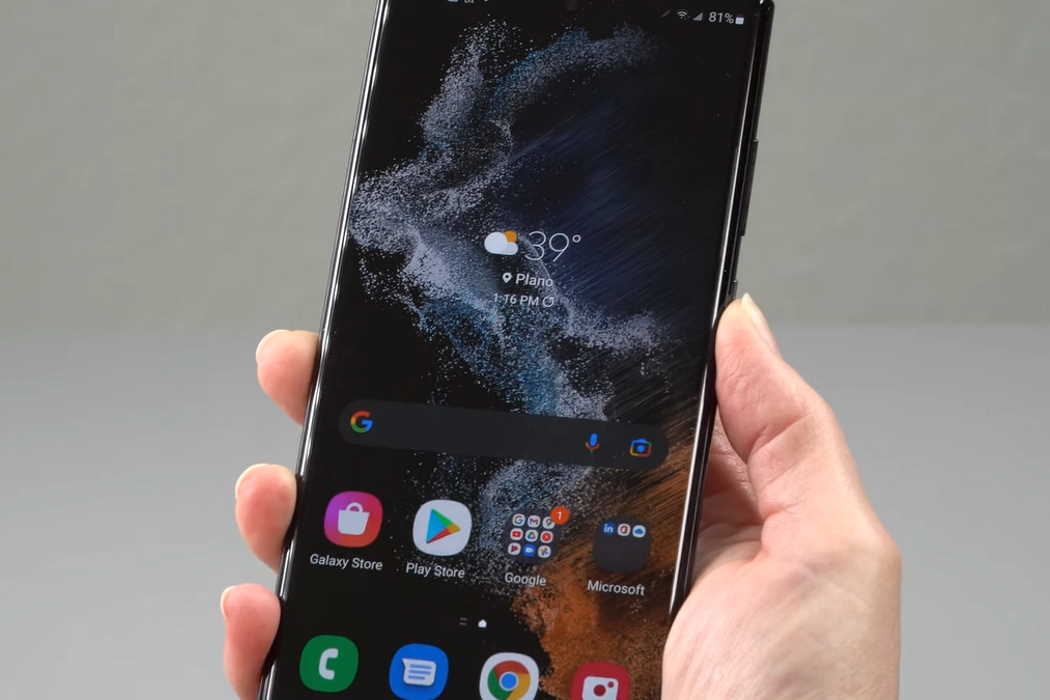 Samsung S22 is one of the newest premium smartphones in the market. While people are extremely happy with the ton of features that this smartphone is giving, a lot of them are complaining about some stuff as well.

One of the major issues that everyone has complained about is the overheating issue. This is a problem that we see in a lot of smartphones. Overheating not only reduces the performance of the devices but damages the internal components of the smartphone as well. So, we should take steps as soon as possible to ensure that we do not see any long-term damage to the device.

In this article, we are going to analyze the reasons behind the overheating issue of the Samsung Galaxy S22/S22+/S22 Ultra and find out what we can do to prevent it from happening.

Why Is My Galaxy S22 Overheating?

While Samsung S22 offers Snapdragon 8 Gen 1 processors (which is one of the most powerful android processors till now), it doesn’t deliver the best performance. We checked out a benchmark review by PCMag and saw that the phone is throttling to 75% after 15 minutes due to overheating.

A lot of people have complained that the phone is heating up very quickly. This seems to be a problem from the manufacturer’s side. The best thing to do is to wait for Samsung to release an update that would take care of the overheating issue.

Samsung Galaxy S22 has premium quality cameras. However, all those excellent pictures and videos come with the cost of overheating.

Some users have reported that if you use the camera for extended durations, the smartphone is heating up too much. This is another problem that we hope can be fixed with Samsung’s future updates.

You Are Using It in A Hot Environment

A phone’s internal temperature is heavily dependent on its surrounding environment. While your phone will get hot when you are using it for prolonged hours, using it in a warm environment will make the device even hotter.

Also, if you operate the phone under direct sunlight, it can heat up your device a lot.

If your phone has applications that are not up to date, they might be responsible for overheating.

Developers design applications to work hand in hand with other software present in the device. So, if an application becomes too outdated, it might not be compatible with the device anymore. This can lead to a lot of problems, including battery drain and overheating.

As we have already discovered from reviews and benchmark tests, the processor of S22 is prone to overheating. In addition to that, if you do some processor-intensive tasks, like gaming or graphic designing, the phone will become hot.

It is better to avoid using the phone for an extended duration, especially if you are doing heavy tasks.

Keeping The Display On For Too Long

Say you were browsing your phone. Suddenly you remember that you had a chore to do, and you rushed off without turning off the display.

If a display is turned on for quite some time, it can cause the phone to get heated up. Even though Samsung gives AMOLED displays, they still can get warm.

How To Fix Overheating in Samsung Galaxy S22

This is something that you cannot stop permanently. No device is perfect, and this is a bug we have to tolerate till Samsung releases an update. However, you can follow some of the suggestions below to reduce this overheating issue.

1. Don’t use your phone in direct sunlight

Your phone will become hot if you keep on using it continuously. The device will start throttling even faster if you keep on doing CPU-intensive tasks like gaming.

It is better to let the phone cool down for 5-10 minutes so that you get the optimal performance and do not damage any component of the device.

However, if you are playing competitive games and you are unable to pause the game occasionally, you can use a phone cooler. This will prevent your phone from heating up for some time. But make sure to let the phone cool down manually.

You wouldn’t want to wear a woolen sweater on a hot afternoon, do you? The same goes for your phone.

Our phone covers are made of materials that trap the heat and don’t let it through. So, if you are using a mobile cover and the phone becomes hot, the device will have no way to discharge the heat.

That is why, whenever you see that your phone is warming up, remove the cover. You can put it back on after some time.

4. Do not use the device when charging

Samsung Galaxy S22 smartphones come with 40W fast chargers. These chargers tend to heat up the phone when charging.

So, it is better not to use the phone unless necessary when it is charging. Especially, do not perform any CPU-intensive tasks as the phone can become too hot.

5. Update all your applications

If your phone contains some outdated application, you should update it as soon as possible. You can go to the Google Play Store and update all those apps at once.

Some applications might contain bugs that are heating up your device. Check out some forums related to the apps you have installed. If you see that lots of users are complaining about this issue, remove the app from your phone.

If you are unable to figure out what is causing your phone to get so heated up, you can boot your phone to safe mode. This is one of the best ways to diagnose any issue since no third-party applications run on the phone.

First, hold the power button to turn off the device. After the device has shut down, wait for a few seconds. Then, hold power and the volume down buttons at the same time.

Once the Samsung logo pops up, release the power button but keep on holding the volume down button.

Once the device boots up, you will see Safe mode written on the bottom-left corner of the screen.

These are some ways in which you can prevent your phone from heating up. As of now, overheating is a major issue faced by everyone who is using this phone. If the problem is not resolved even after following the suggestions and using the device in safe mode, then all you can do is wait till Samsung releases future updates.