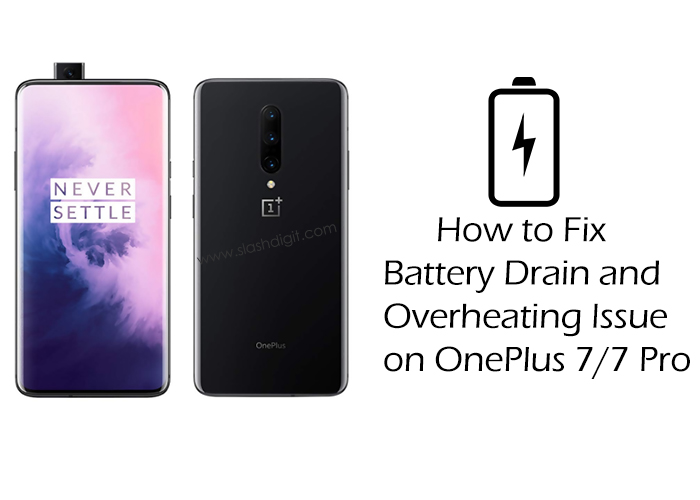 Since its launch in May, the OnePlus 7/7 pro has hit the headlines as one of the best and most powerful smartphones ever made.

However, with all the impressive features that it packs, the OnePlus 7/7 Pro is not without its fair share of problems, ranging from ghost touch issues to battery drain and overheating.

In this article, we will focus on the battery drain issue and overheating on your OnePlus 7/7 Pro. So, if you are facing this issues, here are some few tips that you can apply to fix the issue.

Most battery draining and overheating issues can be due to apps and processes that are running in the background. The first thing to do once you note that your battery is draining its charge fast, and often overheating is Restart the phone if you have not done that in a while.

Restarting helps in stopping all the apps and processes that are running in the background. The fewer the applications running, the longer the battery life and hence less overheating.

2. Find out which apps are affecting your battery life

Once you restart your phone and the overheating and battery draining issue is not fixed, then it’s time to look for the cause.

In most cases, the cause of the problem could be an app that was downloaded or pre-installed. In IT jargon, these types of apps are known as power-hungry apps.

To get to know the app that could be draining your battery or causing overheating,

All apps will open, showing the battery usage.

Depending on how great the app is to you, you might decide to uninstall the app or force stop to prevent it from running.

Luckily, OnePlus 7/7 pro uses the OxygenOs that gives you the option of uninstalling an app by just long-pressing the app icon.

3. Update the software and apps

Updated apps and software will work better with your battery compared to when you have not updated them. Both software and apps updates can run system optimization in a much better way, thus able to fix the battery draining and overheating issue.

To update your software, go to Settings> About Phone and check for updates. On the other hand, to update your apps, go to google play store and click on update all.

You can set it also in such a way that when your battery gets to a certain percentage, it switches on automatically. It works by minimizing some of the features; for example, the brightness level is reduced, turns off some few features and restricts apps that are running in the background.

Overheating and battery draining issue in OnePlus 7/7 pro could be due to other factors such as; overuse of device or using your phone in an environment that is too hot. You can also do some other changes that will significantly improve your battery life. Here are some possible ways:

While overheating issues are common with most smartphone models, it’s vital to fix them earlier to avoid future problems. Also, ensure that you uninstall any apps that might be causing too much power drain.