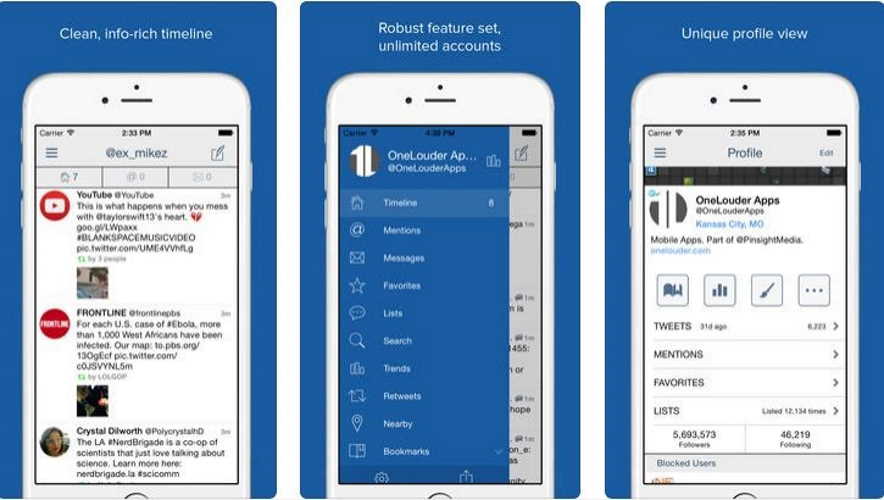 Everybody I know uses Twitter and many friends of mine have Twitter as their main social network. My best friend could talk to me through various apps, but he prefers to talk exclusively via Twitter. This friend in particular prefers to use an alternative app to Twitter. I prefer Twitter app itself, but there are people out there who do not. Inspired by this post listing 5 alternatives to Reddit official app, I will list 5 alternatives to Twitter app. You may be thinking which is the best, the official app or the alternatives. After you read this article, it is up to you to decide.

Best Alternatives to Twitter App for Android and iOS

This app is familiar to me since when it was just a plug-in to Firefox and it was called Twitter Fox. It is not the best app you can find out there, but it is very simple, if you are looking for this kind of experience. The only problem you can find in Echofon are the very intrusive ads. Since it is totally free, it has many ads. According to Echofon developers, this app is the only free Twitter alternative that brings push notifications and inline photo previews. It is available for both iOS and Android. 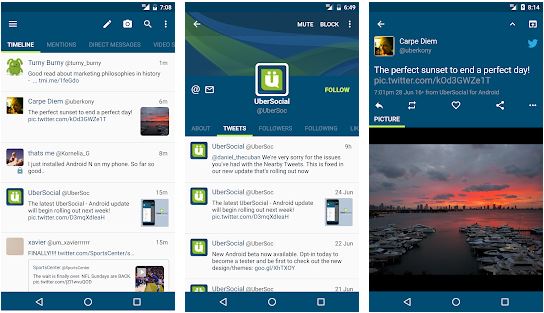 It is supposed to be the most popular full-featured Twitter app for smartphones, according to its developers. In fact, this app presents a wide range of options when using Twitter. Furthermore, it is easy to use and very intuitive. For example, it has a moveable menu bar. Also, Ubersocial helps you compose tweets with one tap only. It also is very useful for those who manage more than one account. It is totally free and available for Android and iOS. 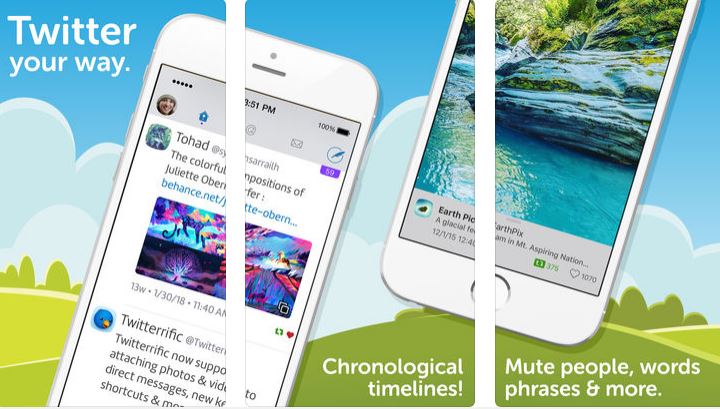 This app has a very particular feature: it works with Apple Watch! I have not tested it yet because I do not have an Apple Watch, but it seems to be very interesting. It is supposed to be like a premium Twitter client and it works with iOS only. Twitterrific has a very elegant design. It has many functionalities that every Twitter user would like to use. For example, the app colors are fully customizable and it has a very good hashtag filter. As said, it is available for iOS and it is free with optional in-purchases for premium features. There is also a Mac version for $7.99. 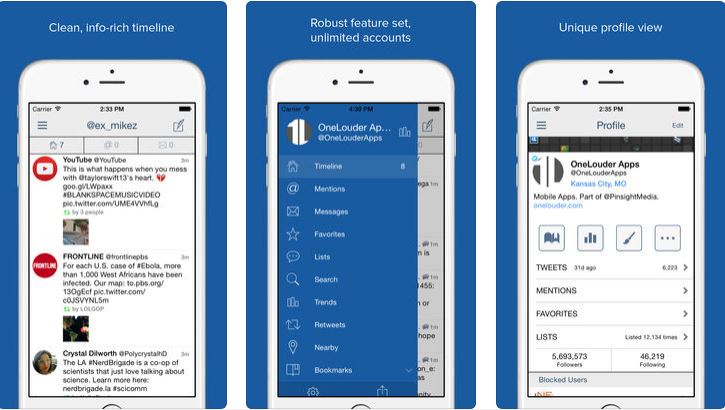 TweetCaster is supposed to be a premium alternative for Twitter. The app is available for both Android and iOS and features a great performance and many functionalities. Among the functionalities, you could add cool filters and captions to photos, as you upload them, speech to text, multiple accounts, stats for retweets, mentions, and favorites and more. This app has a gorgeous look with an intuitive interface that makes it super easy to use while packing in tons of features. 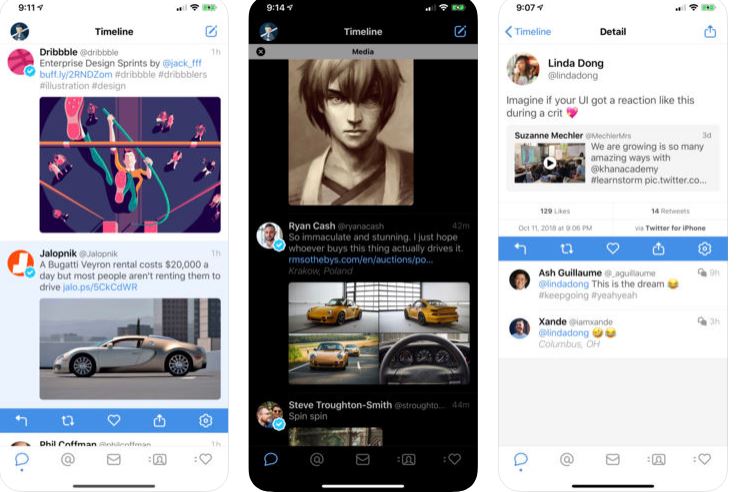 This app is the best alternative for Twitter, but, unfortunately it is available for iOS only. It is the ultimate premium experience for Twitter. This app lets you create multiple timelines and swipe between them. Also, it has very smart gestures. This app costs $4.99 and it also has a Mac version for $9.99.