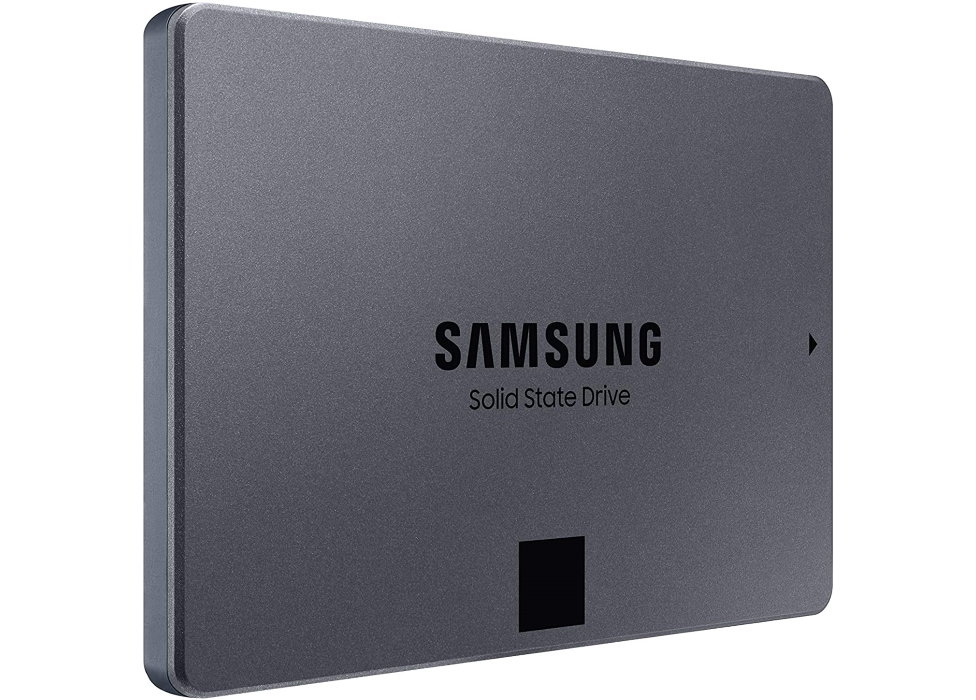 Want to revive your old PC? Looking to make your new laptop run even faster?

The best ssds would help.

Compared to a traditional hard drive or HDD, a solid-state drive (SSD) is rugged, has a tiny size, and runs faster. When you’d attach it to your PC or laptop, it would take the load off them and free their processor to focus on other tasks. Consequently, the speed of your device would automatically improve.

What’s more, unlike PCs and laptops which haggle over who has the better graphics card or the fastest processor, the best solid-state drives care more about YOUR experience – applications would launch without a moment’s delay, websites would load faster, and files would be copied in nanoseconds.

With a 3300MBps write and 3500MBps read speed, it of little surprise that the Samsung 970 Evo Plus is one of the bestselling SSDs in the market. If you ask, this speed has more to do with the PCIe Gen 3.0 x4 NVMe interface of this device.

Another important feature of this SSD is the battery that it consumes. For, when you look at average SSDs, they consume almost the same battery as your entire PC. Fortunately, the Samsung 970 Evo Plus offers no such shenanigans, as it would require a paltry 6 watts when active. And provided you aren’t using it, it would sit idle for a mere 30 mW.

One area where Samsung has innovated to good effect with this drive is the use of 96-layer 3D NAND. Boosting a 96-layered memory covered in 256GB dies, Samsung’s innovation means that each silicone slab would have twice the capacity when compared to this device’s predecessor.

The Samsung 970 Pro is a solid performer for intensive workloads on PCS and workstations. What this SSD has done is to combine the forces of the PCIe Gen 3×4 NVMe interface and the latest V-NAND technology. The results, as you might guess, are breathtaking.

The Samsung 970 Pro boasts read and write speeds of 3.5GBps and 2.7GBps, respectively. 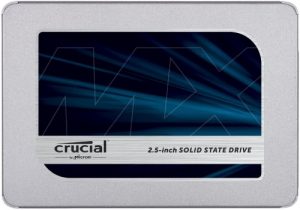 For those of you whose laptop can provide space for bigger capacities, the MX500 won’t only offer more GBs-per-cost, but it would also longer than its competitors mentioned in this review.

Although it offers four storage types (250 GB, 500GB, 1TB and 2TB) for the M.2 type, the version on offer here is not PCIe NVMe, but a SATA drive. That is, its performance would be identical to those of its hard-drive-sized counterparts from other manufacturers.

Still, one advantage which the large-storage versions of the MX500 would provide would be in terms of endurance. That is, its 2TB version has 700TBW, which means that it could write a 50GB disk to your device every day for thirty-eight years straight.

Finally, when viewed against the conservative AS SSD benchmark, the MX500 provided read and write speeds of 560MB/s and 510MB/s, respectively. Though not as strong as that of Hyper X or Samsung Evo, the speeds are still enough for the price at which this SSD is available. 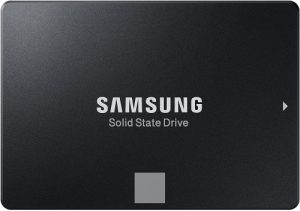 For those of you who need lots (and LOTS) of storage, the Samsung 860 Evo, since it offers up to 4TB storage, might help. The Samsung 860 EVO features the latest V-NAND technology delivering consistent read and write speeds of 550MB/s and 520MB/s, respectively. 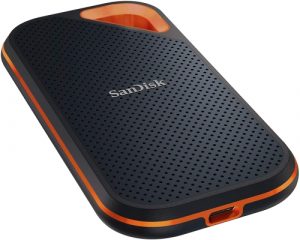 If you are looking for a lightweight but high performance SSD – the competitively priced SanDisk Extreme Pro with a 5-year warranty life and top-notch performance would help you to get the best out of your device.

Similar to its predecessors – the Extreme and Extreme II, the drive has an application which works with SATA 3 hard drive, a good feature as most new computers use the same hard drive. Also, if you are a Windows user, you could download SanDisk’s dashboard software to get firmware updates, real-time diagnostics, and other support information. 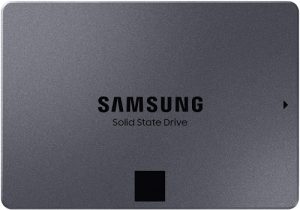 Whether you are a PC or a Mac owner – who is looking for a high-end SSD device for his system, your search should end with the Samsung 860 QVO. Despite costing under the odds, it offers huge storage, solid performance and reliability with exceptional value with additional features such as Samsung Magician software and Self-encryption that will help keep data safe at all times.

The 860 QVO also offers more speed, up to 97000 IOPS for read, up to 89000 IOPS for writes. It boasts up to 550MBps speed for reading and 520MBps for writing. As a result of this, it offers a higher data speed than its predecessor. 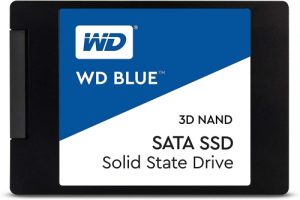 The WD Blue 3D NAND SATA SSD utilizes 3D NAND technology offering sequential read speeds up to 560MB/s and sequential write speeds up to 530MB/s giving the speed you want for your most demanding computing applications.

The WD Blue 3 comes with a free downloadable software to monitor the status of your drive and clone a drive, or backup your data. 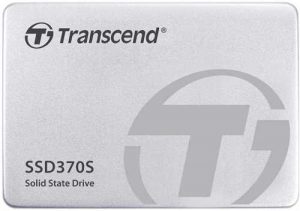 The Transcend 370 with its high durability, competitive price, and an impressive feature-set might just be just the right SSD for you.

First thing first, thanks to its 2.5” internal size and 7mm thickness, the Transcend 370 is one of the slimmest SSDs in the market. Its thin profile means you could use it in more situations, from standard laptops to desktops, and even with some ultrabooks. And while it has the latest 6GBps SATA standard, this SSD is backward compatible, which means it could work with previous versions of SATA as well.

While it comes forward as a budget SSD, the Transcend 370 has an impressive feature-set. Take, for instance, what Transcend has named its ‘Advanced Garbage Collection and Recycling System’. Featuring an error correction code and a built-in wear leveling, this mechanism gives this drive an ultra-high endurance level. 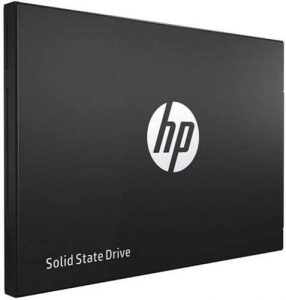 If you need a Solid State drive that could outlive your current computer, the HP S700 Pro is just what you need. For, while its warranty is a paltry three years – very small when you compare it with other models in this review, the S700 Pro offers 2 million hour usage, which means you could write 650 terabytes on this device and it would still remain reliable.

To overcome the data loss problem which is common with average SSDs, HP has provided the S700 Pro with an LPDC Error Correction mechanism. It would not only provide real time correction by high-speed parallel decoding, but the mechanism also sniffs power, which means your laptop’s battery will remain charged for longer.

Lastly, if you still need assurance that the HP S700 Pro would belie its dirt cheap price tag to last longer, a mere glance at its MTBF (Mean Time Between Failures), which stands at a staggering 2,000,000 hours, would be enough. 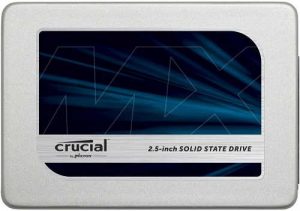 The MX300 SSD uses 3D flash memory, an upgrade on its predecessor which relied on planar 2D flash memory, and the benefits are obvious. For, not only it provides more storage, but the speed has visibly improved as well.

If you are a business owner, you might find it pleasing to know that this drive supports AES 256-bit, hardware encryption. That is, it provides better protection to keep your data private.

Before you select any of the SSD drives from the abovementioned list, make sure to go through this buying guide. If not anything else, it would allow you to make an informed decision.

Care about the integrity of your data? Then invest in an SSD which offers a high write limit. Also known in common jargon as Program/Erase cycles, a write limit dictates how many times could you store or erase the data from your SSD.

Therefore, if you want your data to last long and safe in your SSD, a high write limit is a must.

Also known as Single-Level Cells, this type of flash not only lasts the longest read and write cycles, but it would also be the most accurate while doing so. Its program read/write cycle typically lasts somewhere between 90,000 and 100,000.

Equally important is the fact that it has a longer lifespan, provides better accuracy and good overall performance. That said, an SLC drive won’t come cheap, which means you might have to spend over the odds for it.

Since they are rated in gigabits – while SSD read and write times are listed in megabytes, most people often confuse when comparing the former with the latter. That is, they don’t know what read and write time SATA III (6GBPS) will provide, and how would it be different from that of SATA II (3GBPS) or SATA I (1 GBPS).

In the light of these numbers, therefore, it is recommended that you go for SATA III to get the best performance from your SSD.

No feature about an SSD is as misunderstood as its capacity, as most people equate it (wrongly) with the device’s speed. For, while a 240GB SSD might have twice the capacity of the 120GB drive, it is not necessary that the performance would be likewise.

Therefore, to check how a device’s capacity would affect its performance, check its rated speed specification to determine how the device would perform at full capacity.

Finally, though we hate relying on manufacturer’s specs for obvious reasons, we have no option but to rely on the same when checking a device’s read/write speed.

As you might know already, a device’s read/write speed would tell how fast (or slow) it would transfer data. Consequently, before you buy an SSD, make sure that you have checked its theoretical read/write speed.

Want to know how long your SSD will last? Check its endurance. Also known as program/erase cycles, endurance tells you the amount you could write and read data from your SSD.

Found it confusing? Here’s a sample. The abovementioned SanDisk Pro has an endurance of 20GB for an 11-year-period, which means you could read/write 20GB per day for 11 straight years, and the device would still not corrupt.

Your search for the best SSDs (Solid State Drives) ends here. Not only have we listed and reviewed the best Solid State drives the market has to offer, but we have also given you a lowdown on each. It means you are in a much better position than when you arrived here to make a decision. Therefore, now that we have done our job, the onus in on you to make the selection.