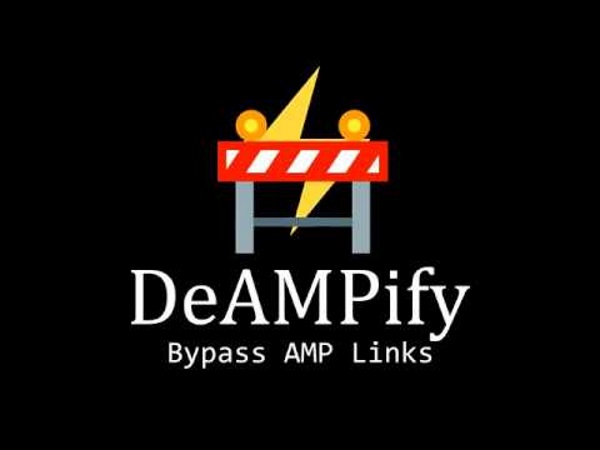 DeAMPify is an app designed by Joao Dias for those who do not like Google Accelerated Mobile Pages (AMP). Google introduced AMP back in 2015 to help load web pages faster by removing unnecessary contents like tracking and advertising. Over the years, the AMP has been criticized as another attempt by google to control content and force publishers to their caching servers.  Also, as better smartphones that use LTE networks started to flood the market, the difference between AMP and other mobile web pages in terms of loading speed has reduced dramatically, making some people desirous of bypassing AMP.

DeAMPify was specifically made to load web pages in their normal mobile form without the AMP protocol. It is a highly effective android app and performs the function it was developed to perform. 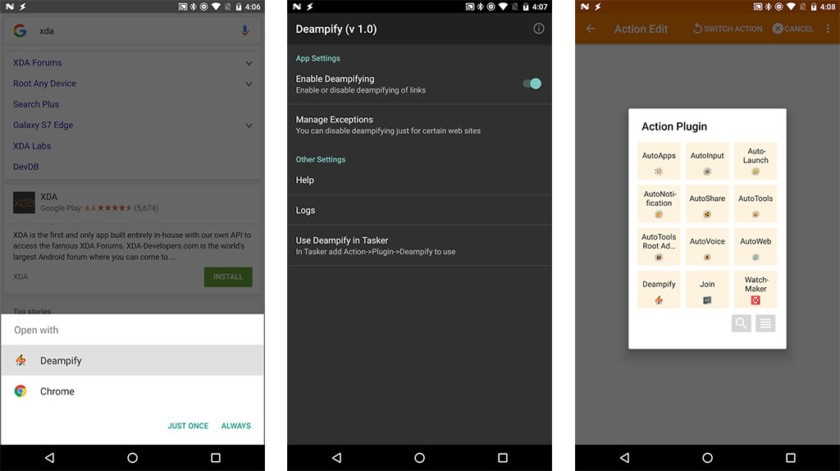 What DeAMPify does is basically pre-downloading of entire web pages instead of their AMP versions. Whenever you click on any AMP enabled page, DeAMPify searches the HTML code for the URL of the original web page and reloads it to the browser, thereby bypassing the AMP version of same page.

The major positive thing about the app is that it performs the function it was developed to perform. It is effective in bypassing AMP likes in apps like Google Assistant, Facebook, Hangout, Twitter, and others. It also has the ability to disable ads as well as exempt some websites from its influence – that is, you can allow some websites to still display AMP versions of their pages while the rest bypass AMP. There is also a feature that allows your mobile device to load original web pages when you are on Wi-Fi and load AMP while you are on cellular data connection.

Despite success in so many other browsers and apps including Google Assistant Hangout, DeAMPify does not work when you click on links in Google Chrome. This is obviously due to the fact that when links in Chrome are clicked, it does not kick off the Android intent. Also, there are people who have no issues, whatsoever, with AMP, so for them, the app is useless.

DeAPMify comes in two different versions – there is a free version that offers the basic function of loading original web pages without the AMP protocol. The premium versions goes for $2.49 and offers the added functionalities of additional customization, whitelisting of some sites and also offers Tasker intergration.

There is no security concern for the DeAMPify app. So far, there has not been any case of malicious effect on phone, so it is save to download and use the app.

Different strokes for different folks! The DeAMPify app is a great option for people who have issues to with Google AMP. It will effectively help such people to browse the web and navigate through links without landing on Accelerated Mobile Pages. Also, with the paid version of the app, they can have the other functionalities mentioned above. For those who are comfortable with AMP, the app is almost useless and there will be no point using free one and absolutely no sense in paying $2.49 for the full version.

In conclusion, the app is great for the purpose it was developed and the functionality is spot-on. It remains to be seen if there are so many people who are so pissed with AMP that they will prefer to do without it.